Falcon Field Airport (IATA:MSC, ICAO: KFFZ), Located in the City of Mesa, AZ about 20 miles east of Phoenix and is one of the busiest General Aviation airfields in the USA in terms of movements. Falcon Field includes a total of 784 acres, there are currently more than 800 aircraft based at the airfield. This includes fixed-wing single- and multi-engine aircraft, turboprops, jets and helicopters. It is a perfect starting location for a flight to Sedona, or the Grand Canyon, and also very clo... 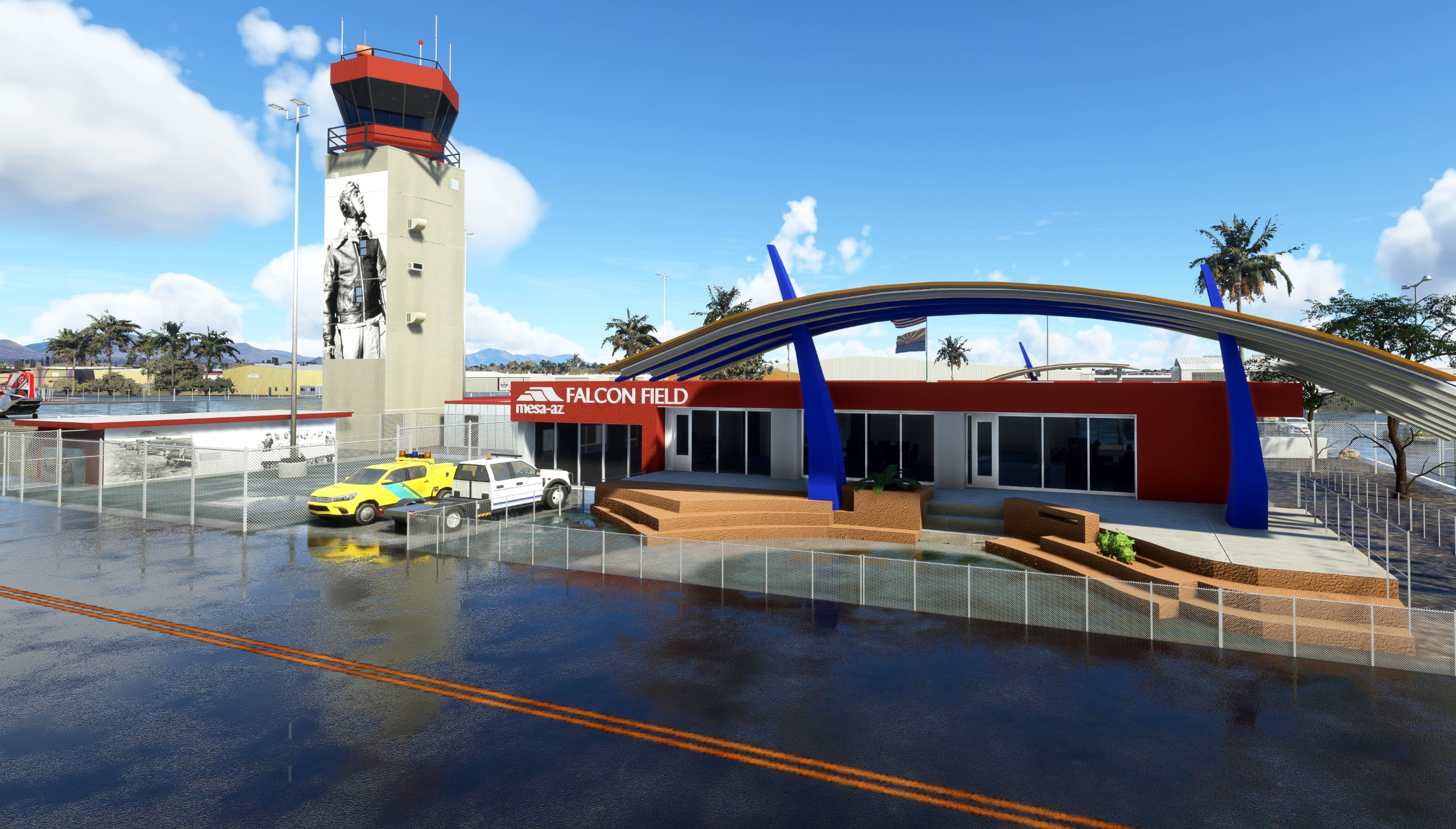 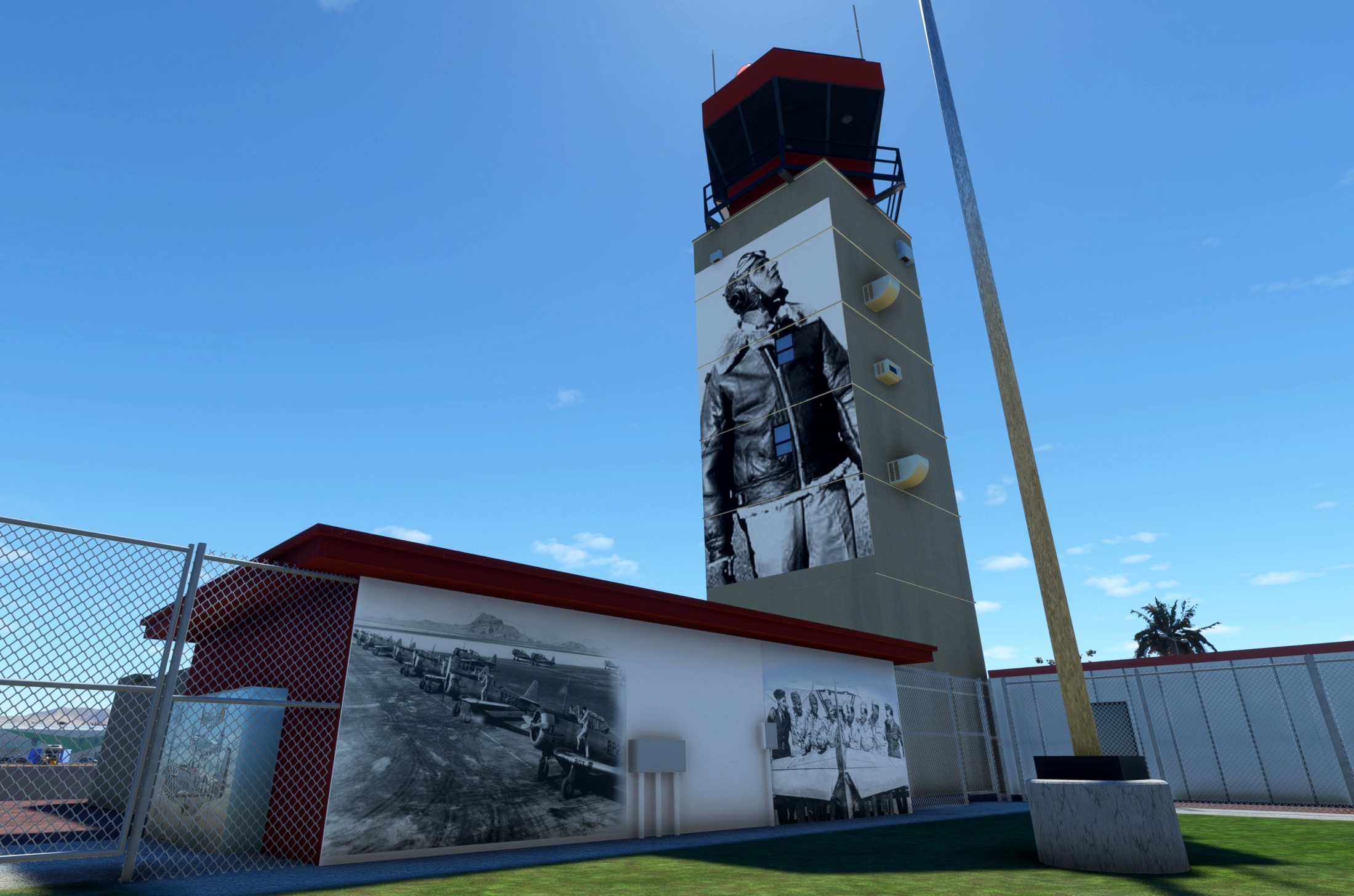 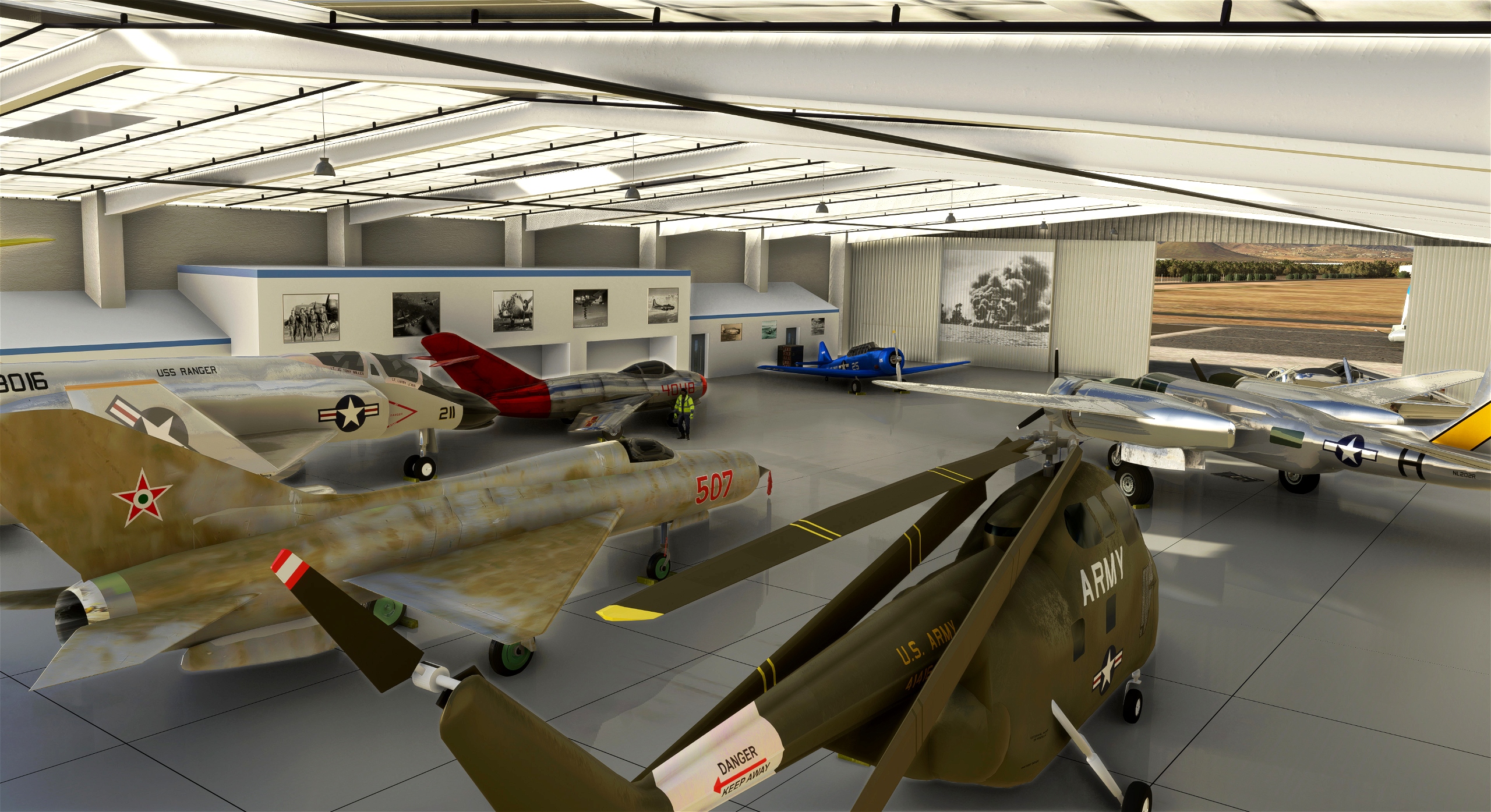 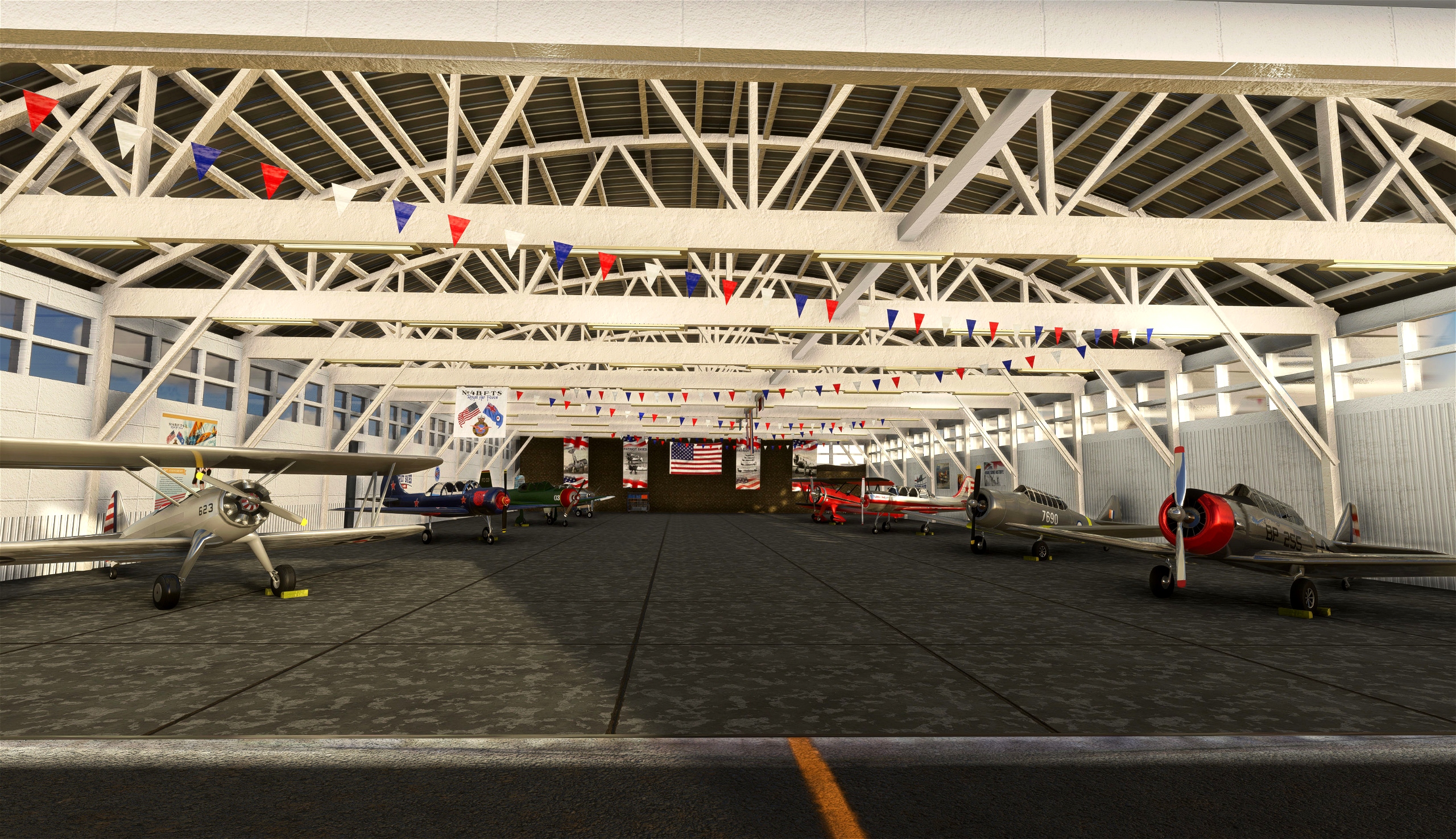 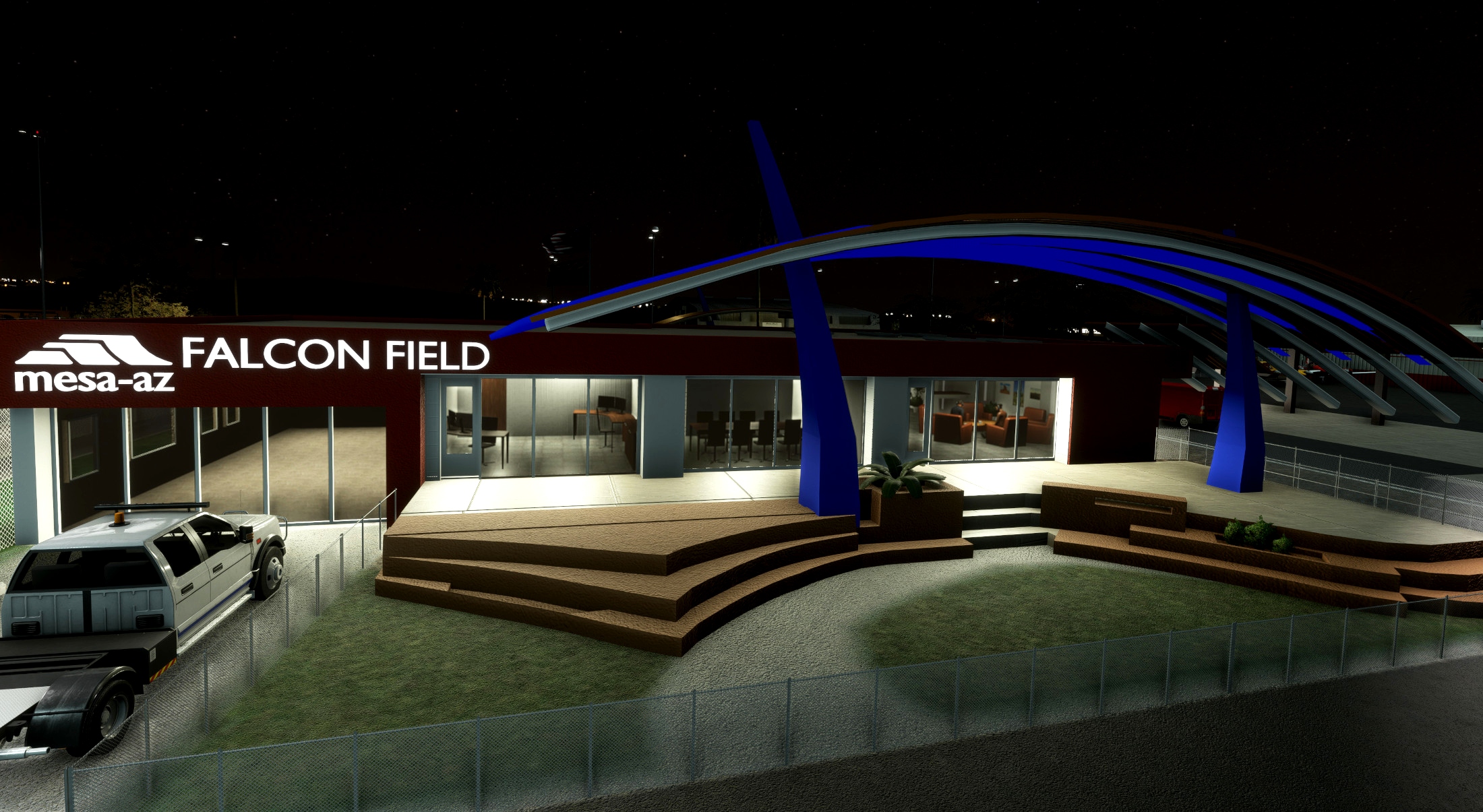 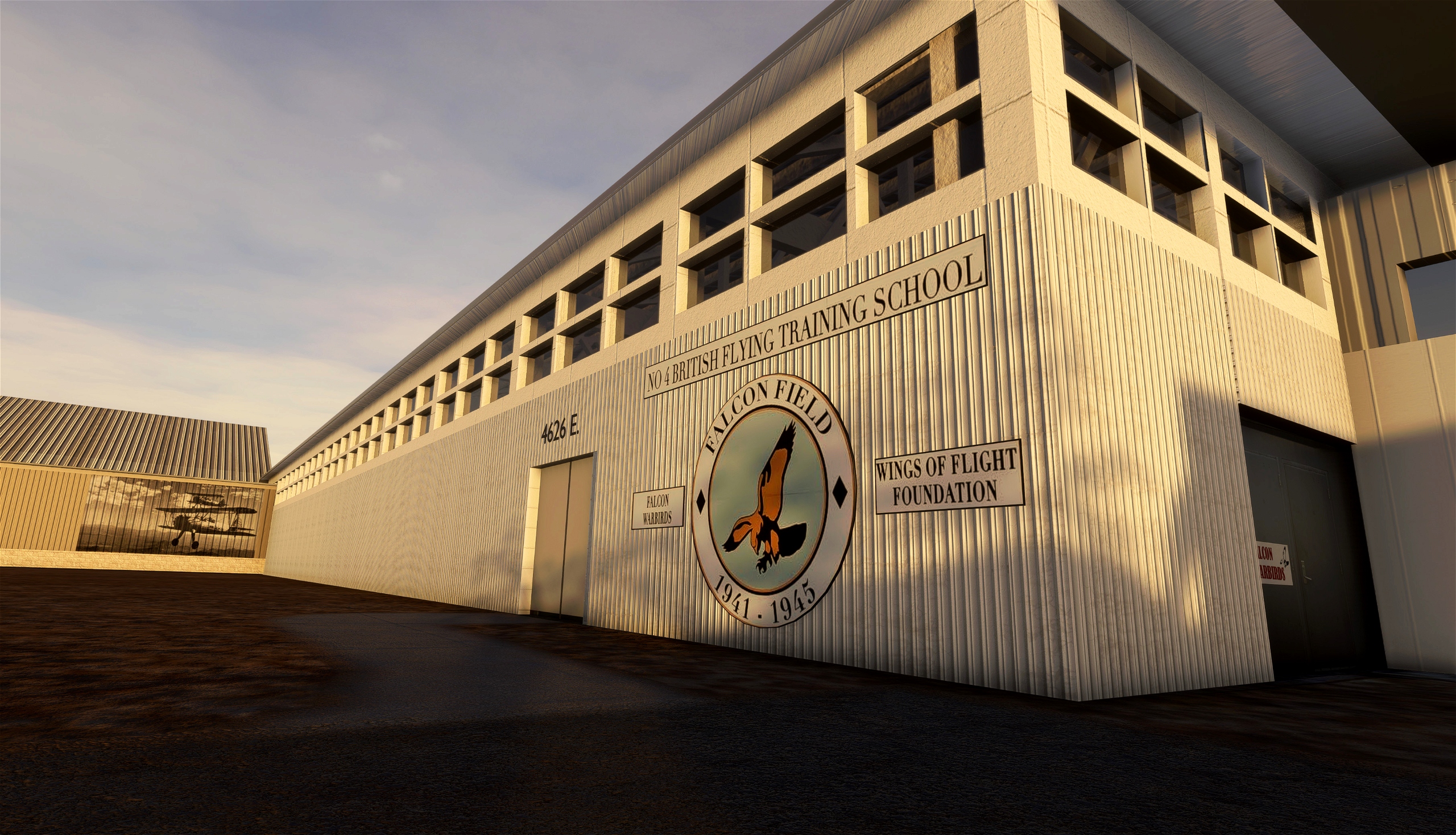 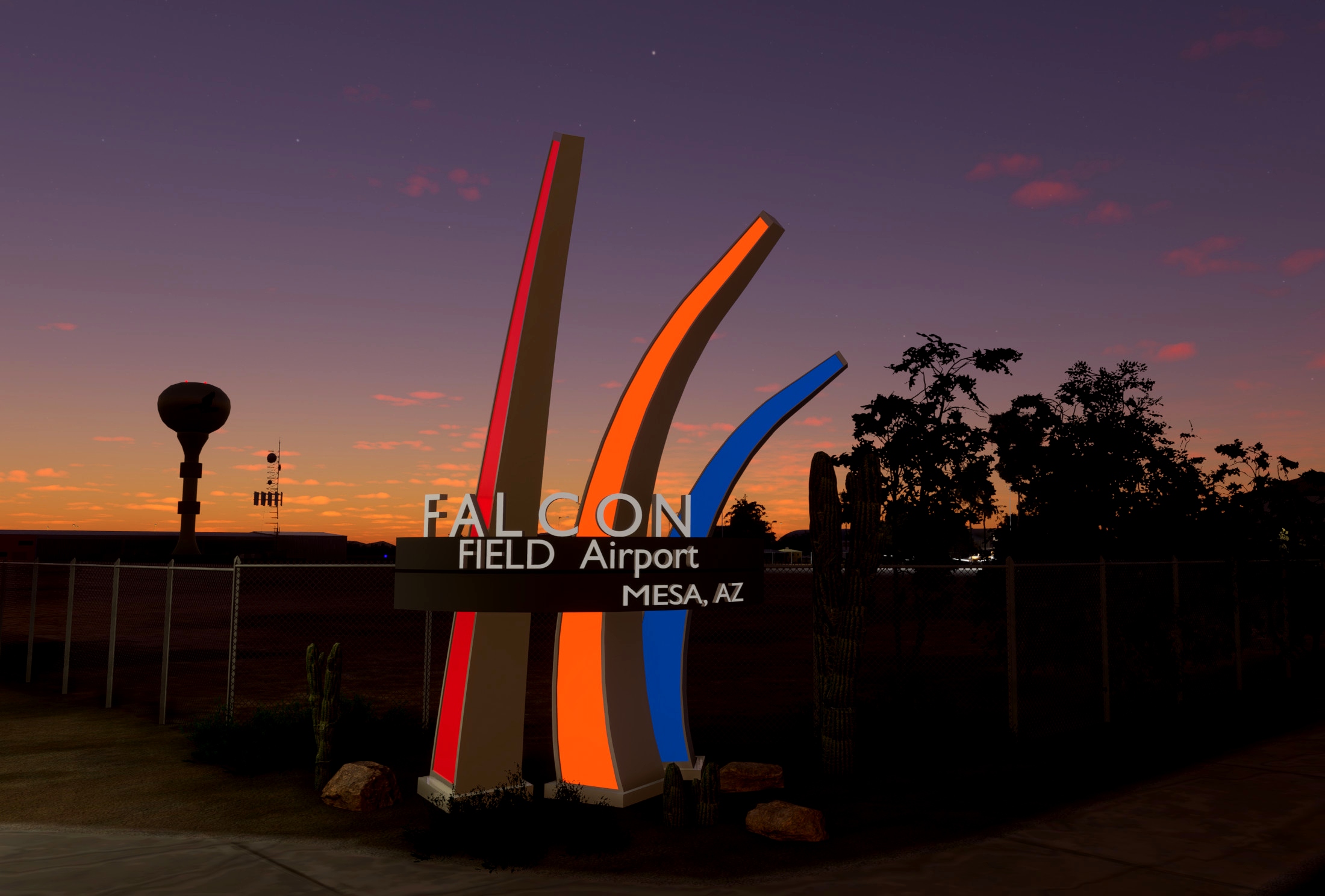 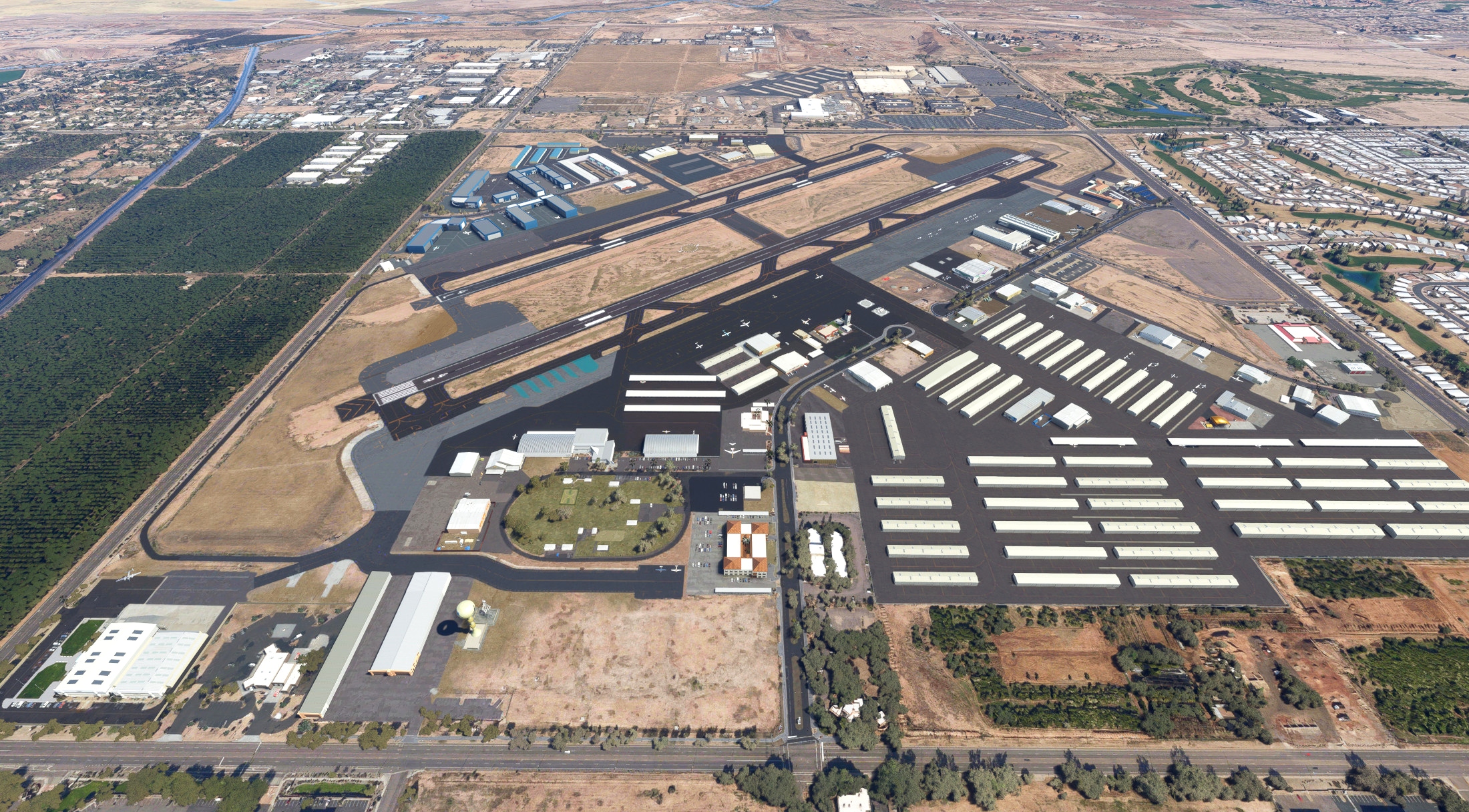 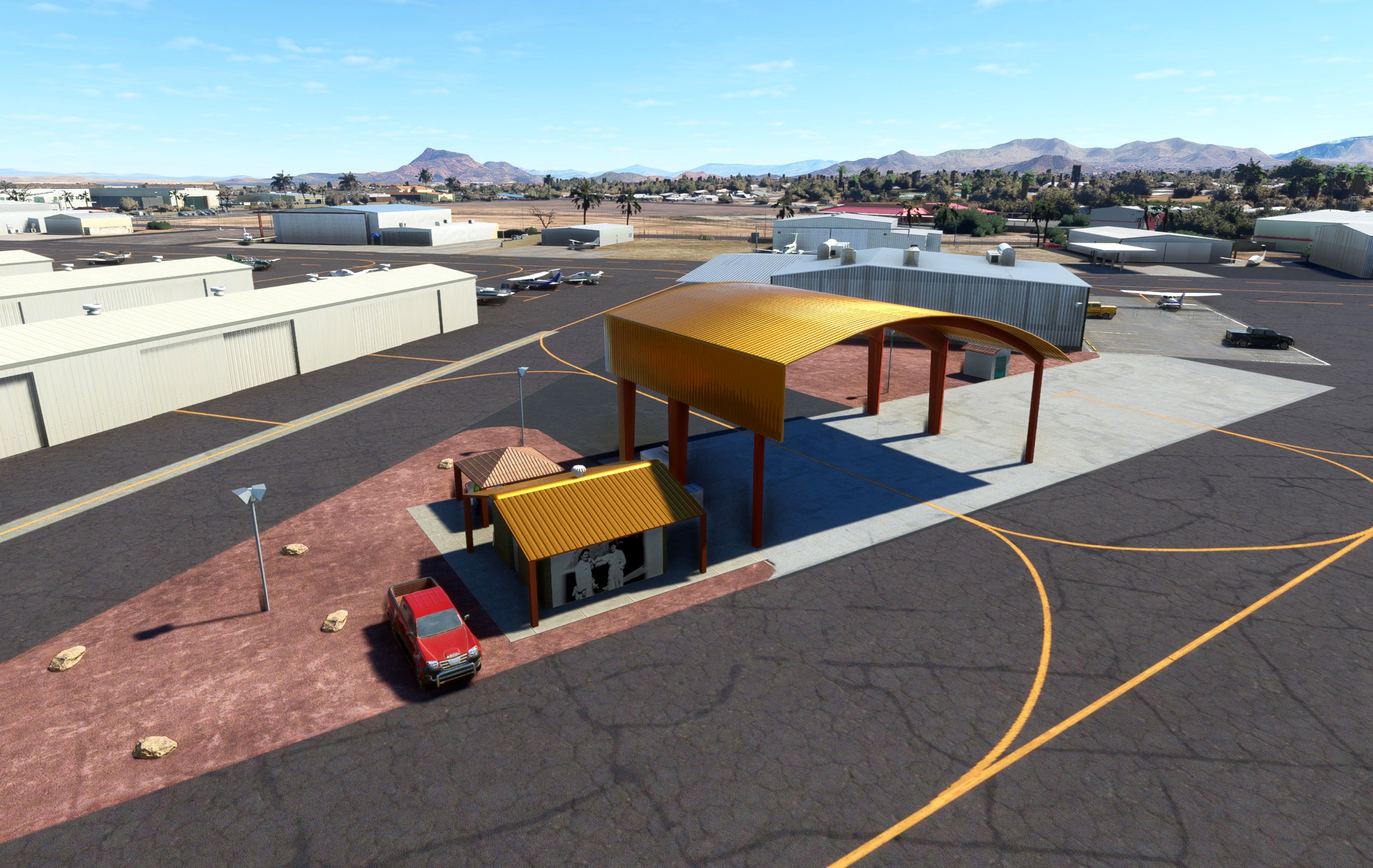 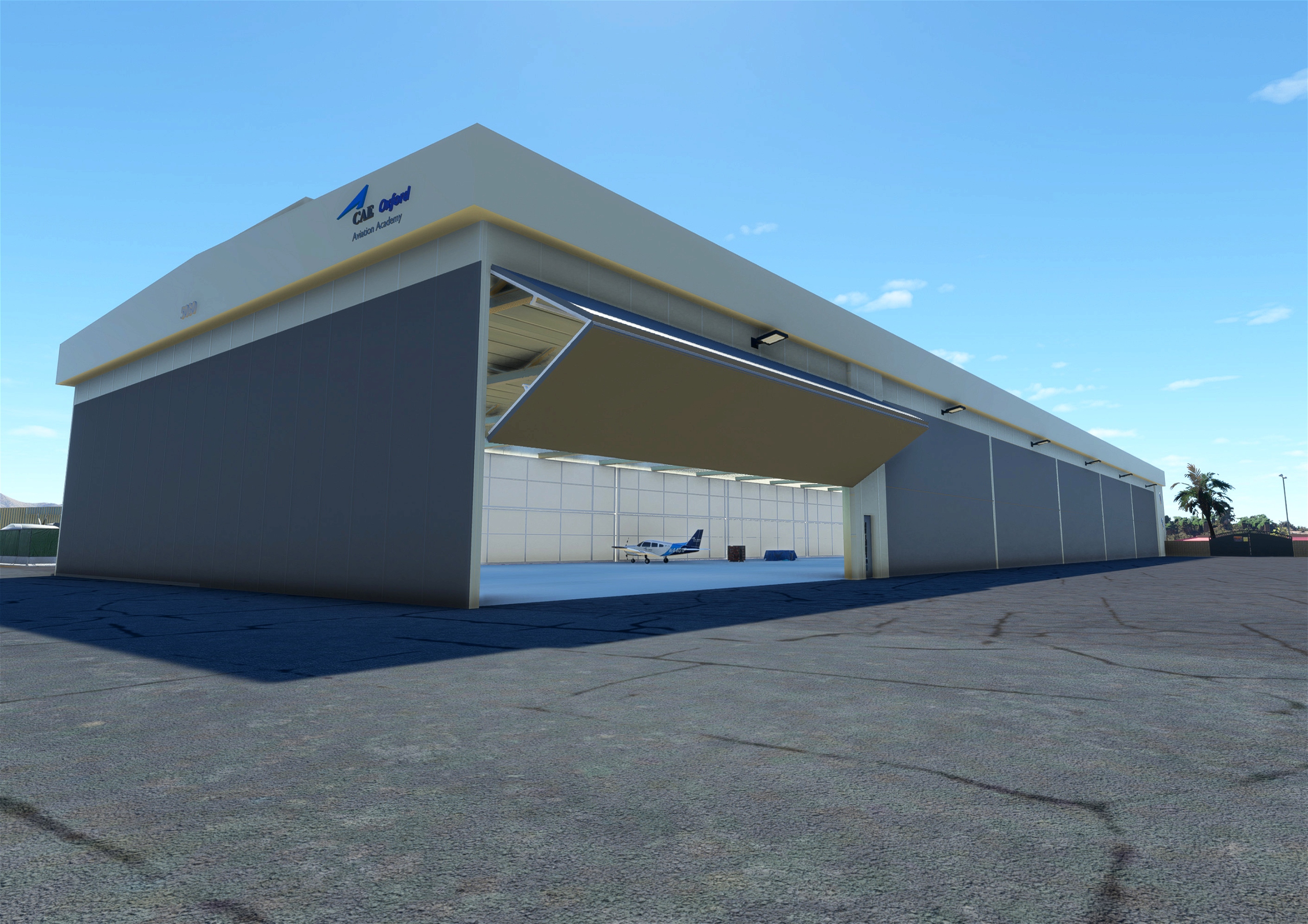 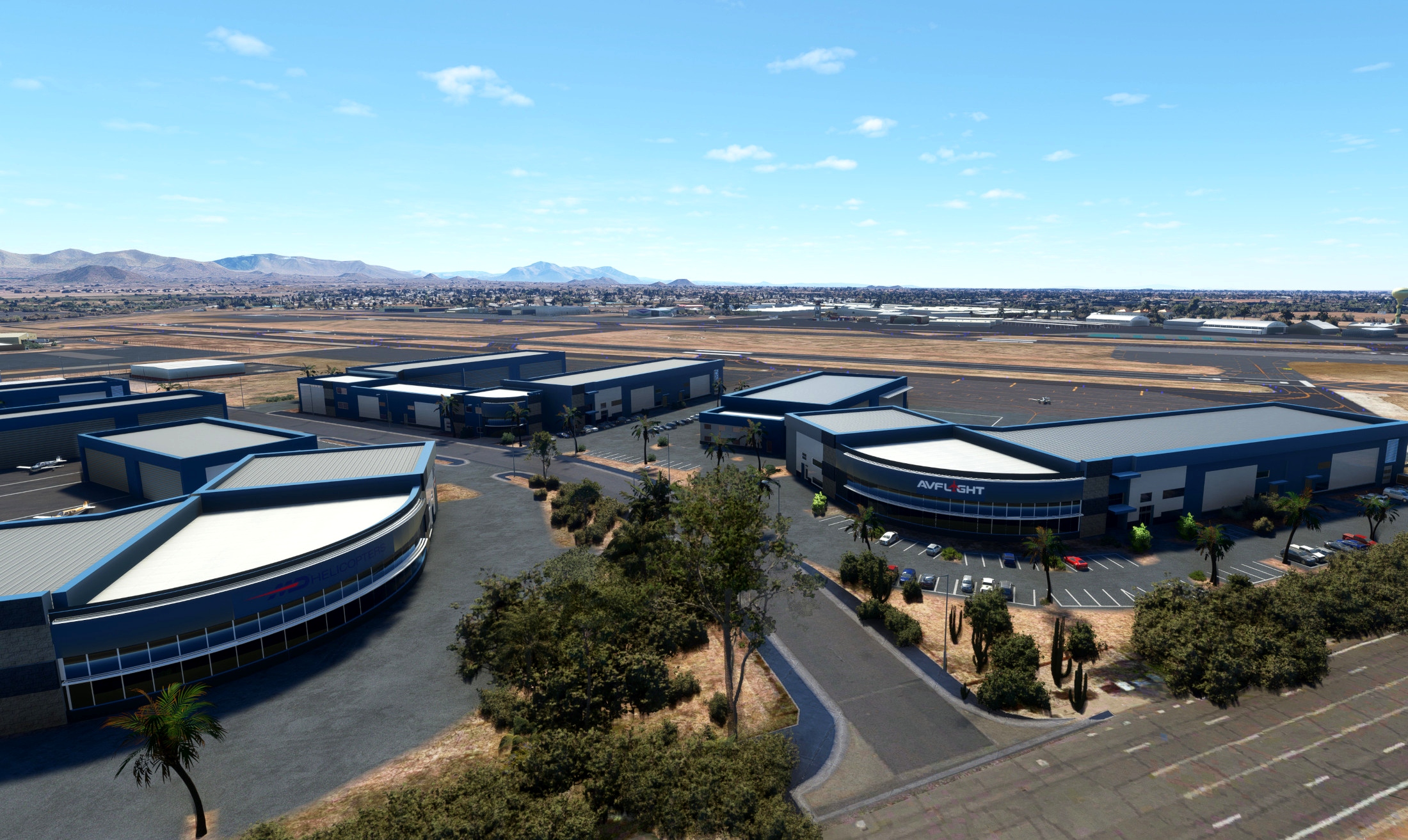 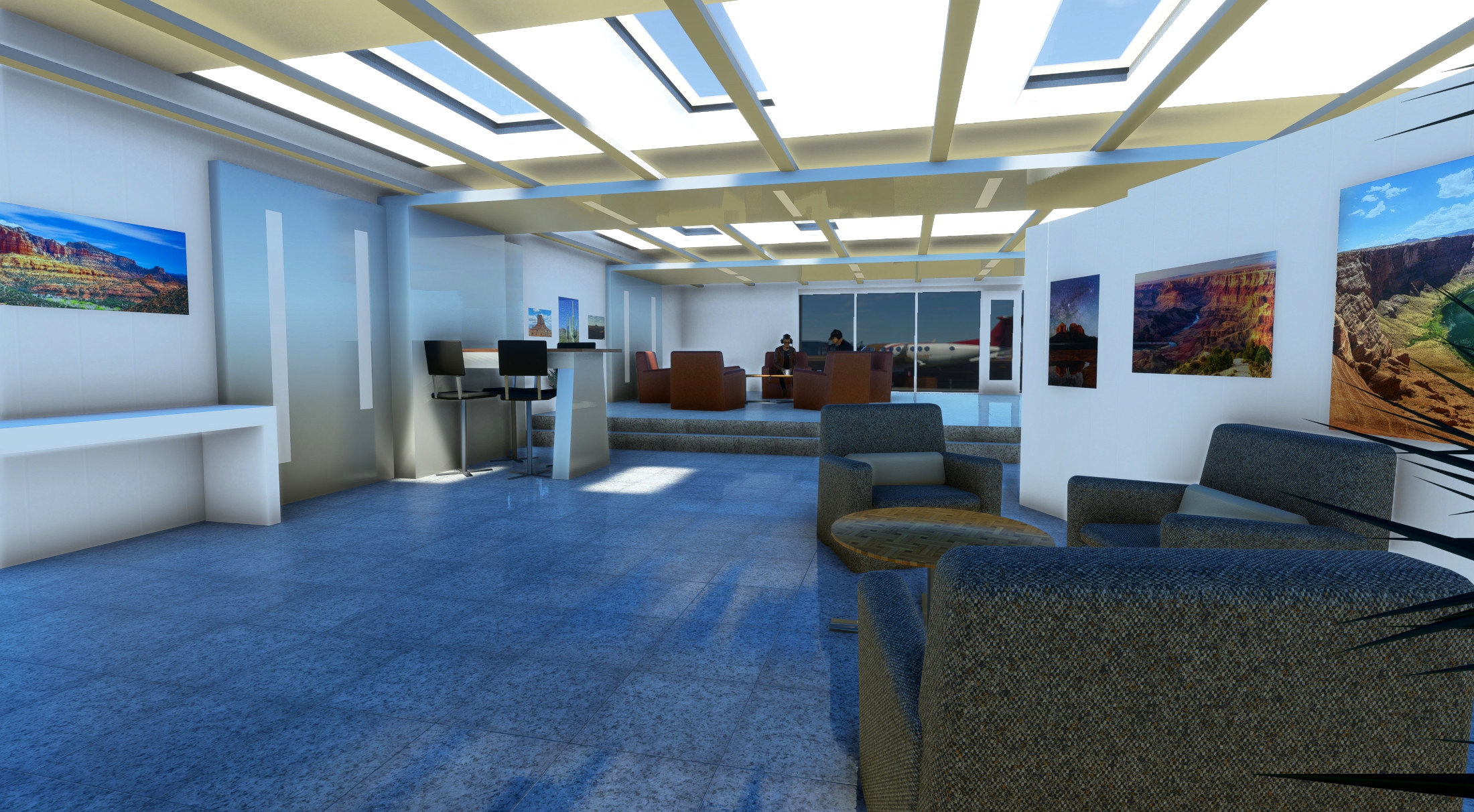 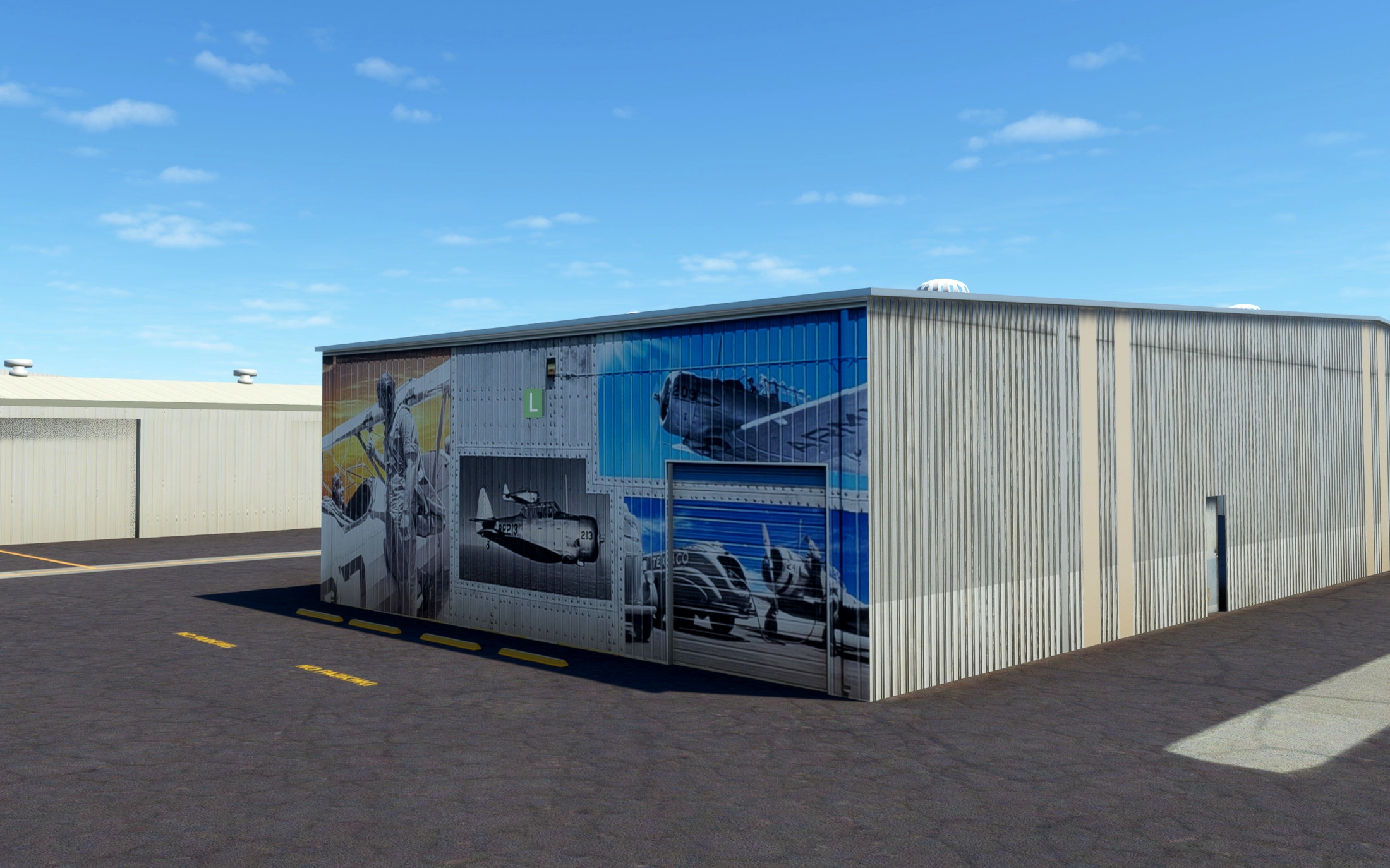 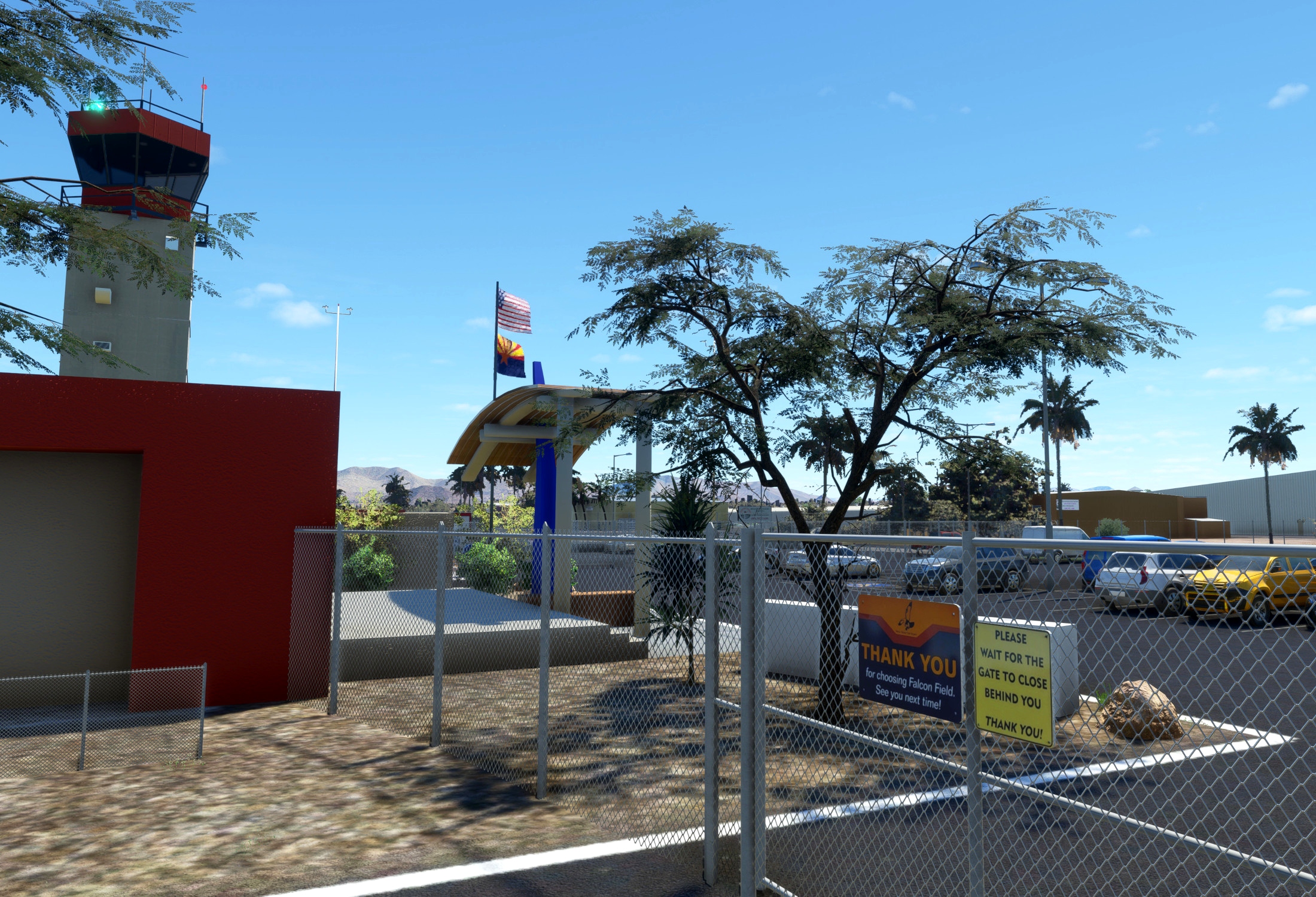 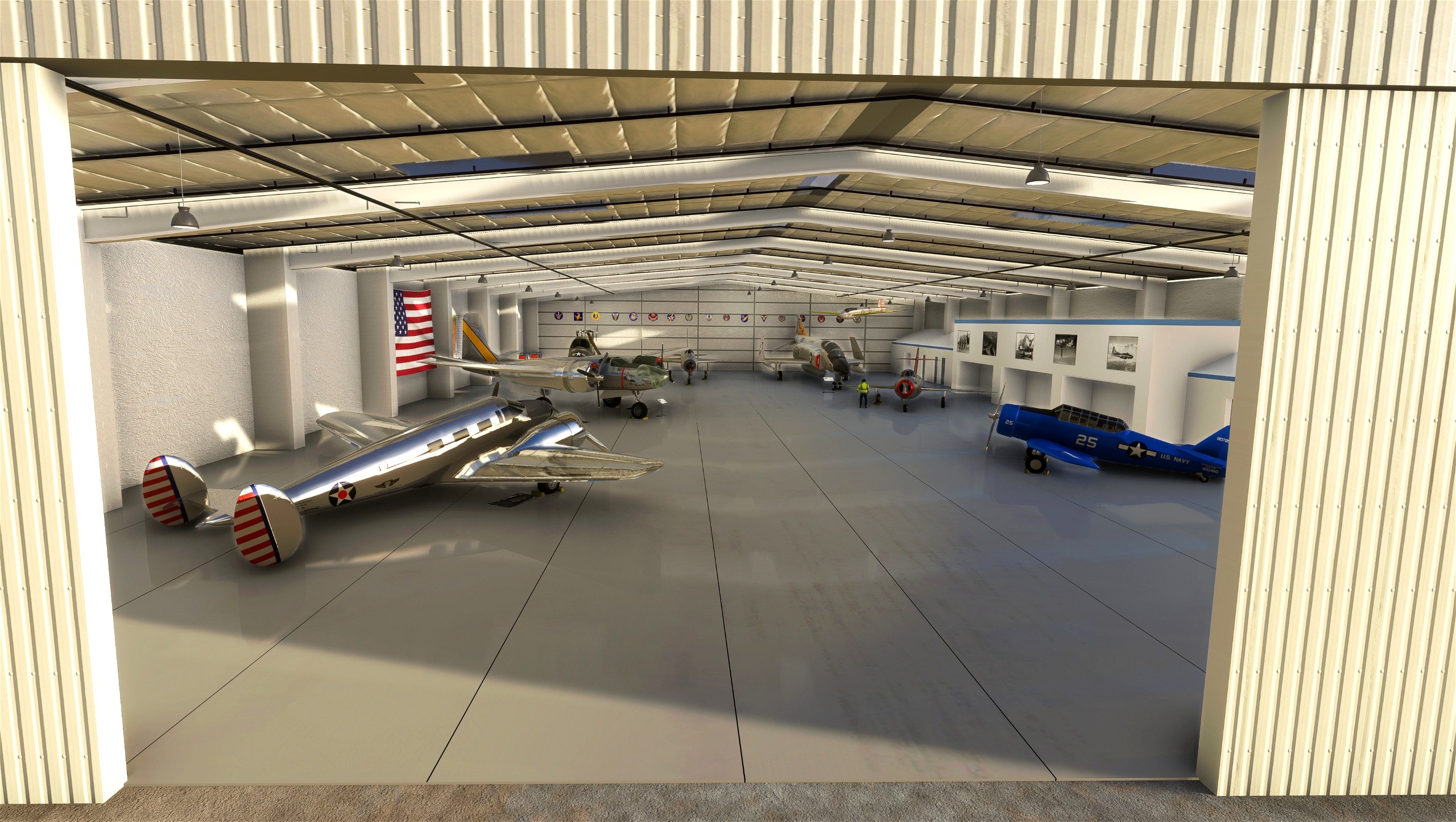 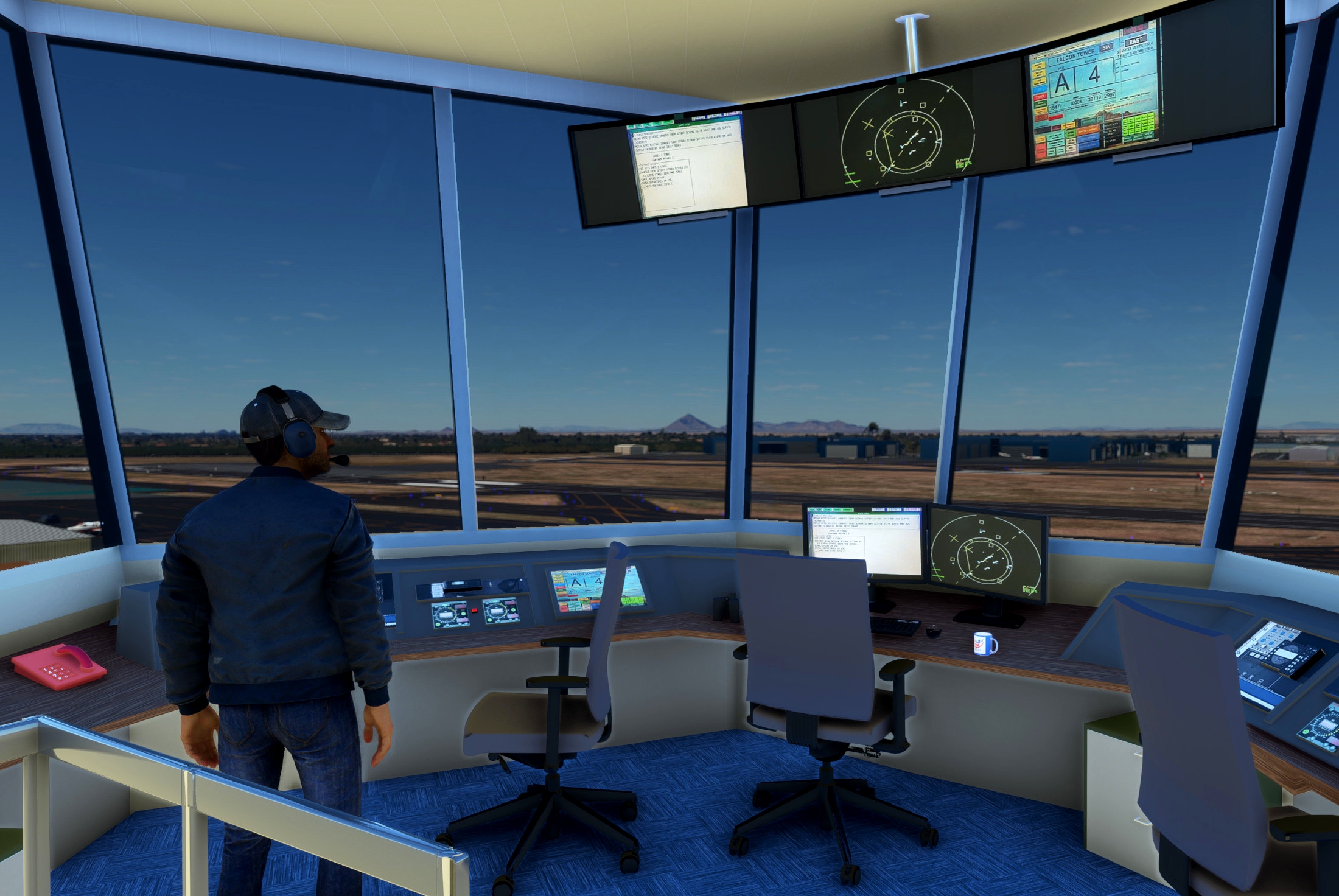 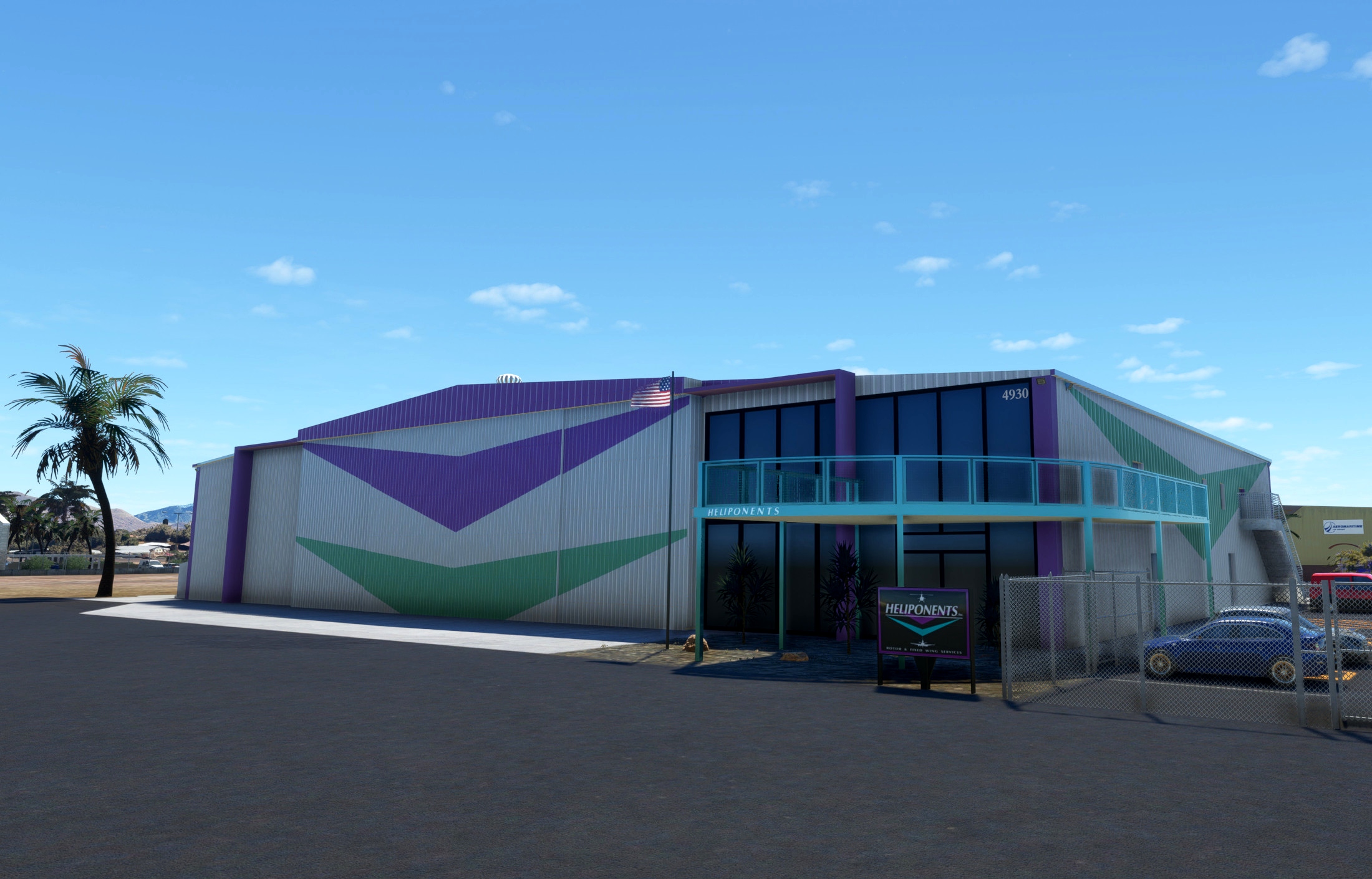 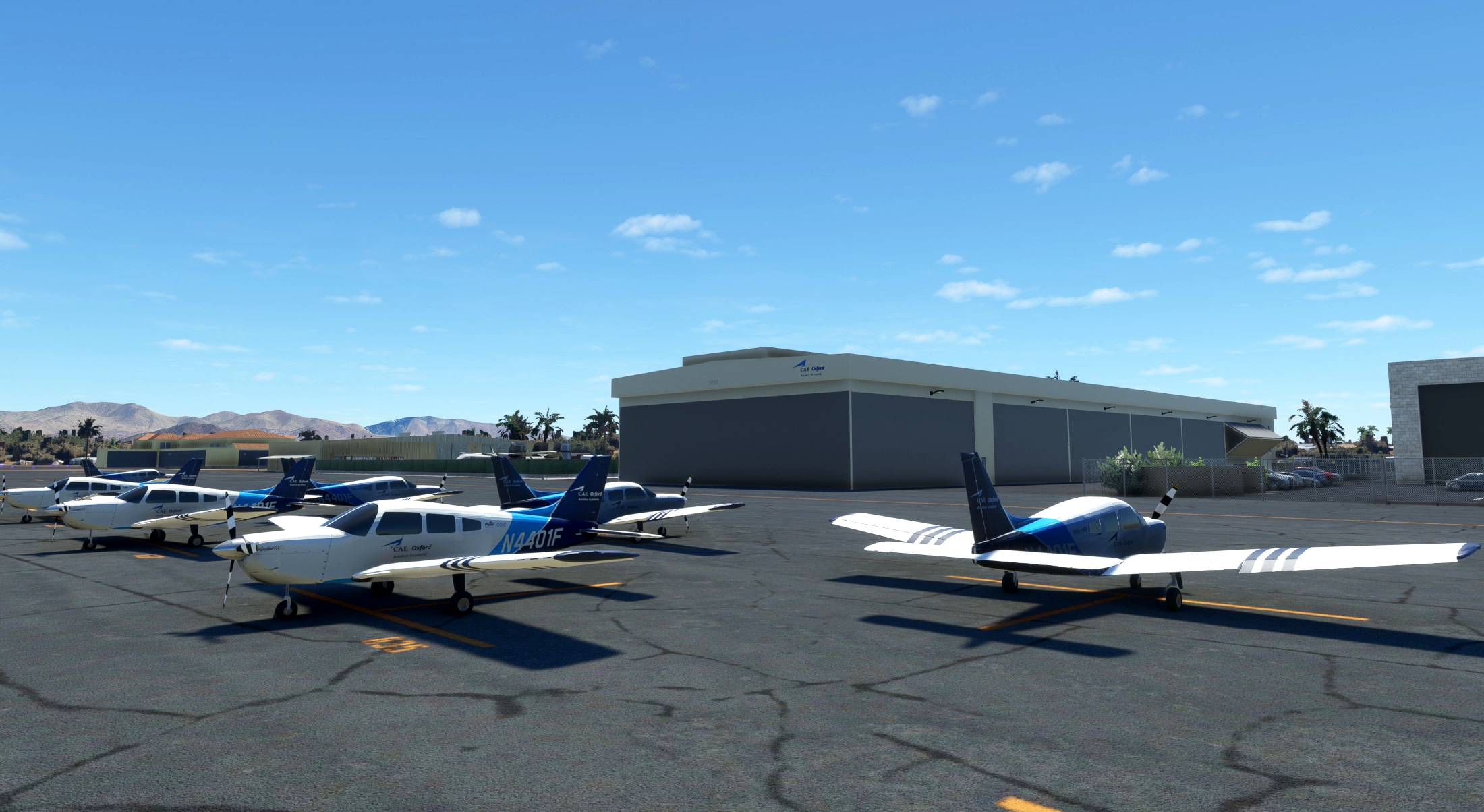 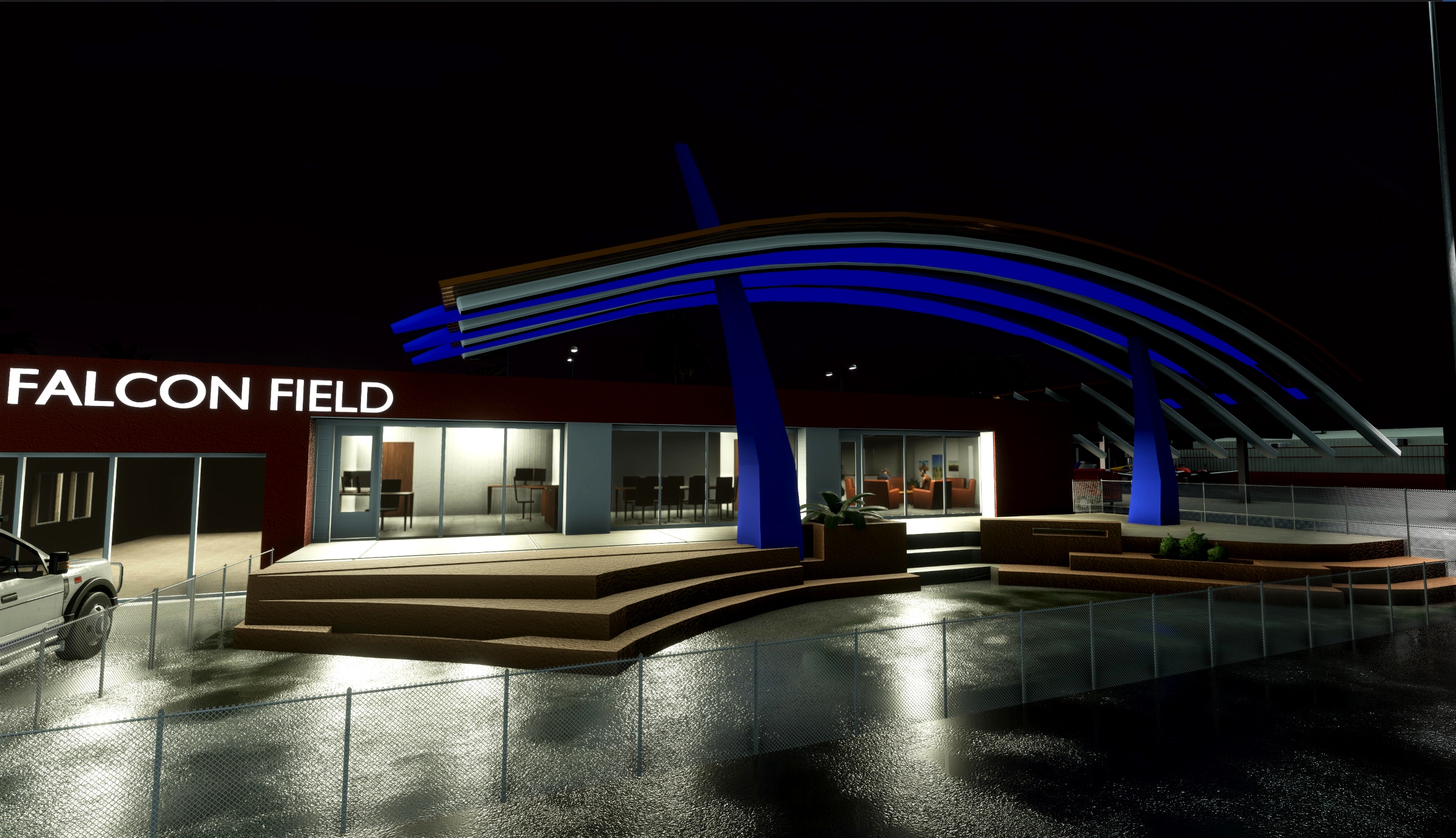 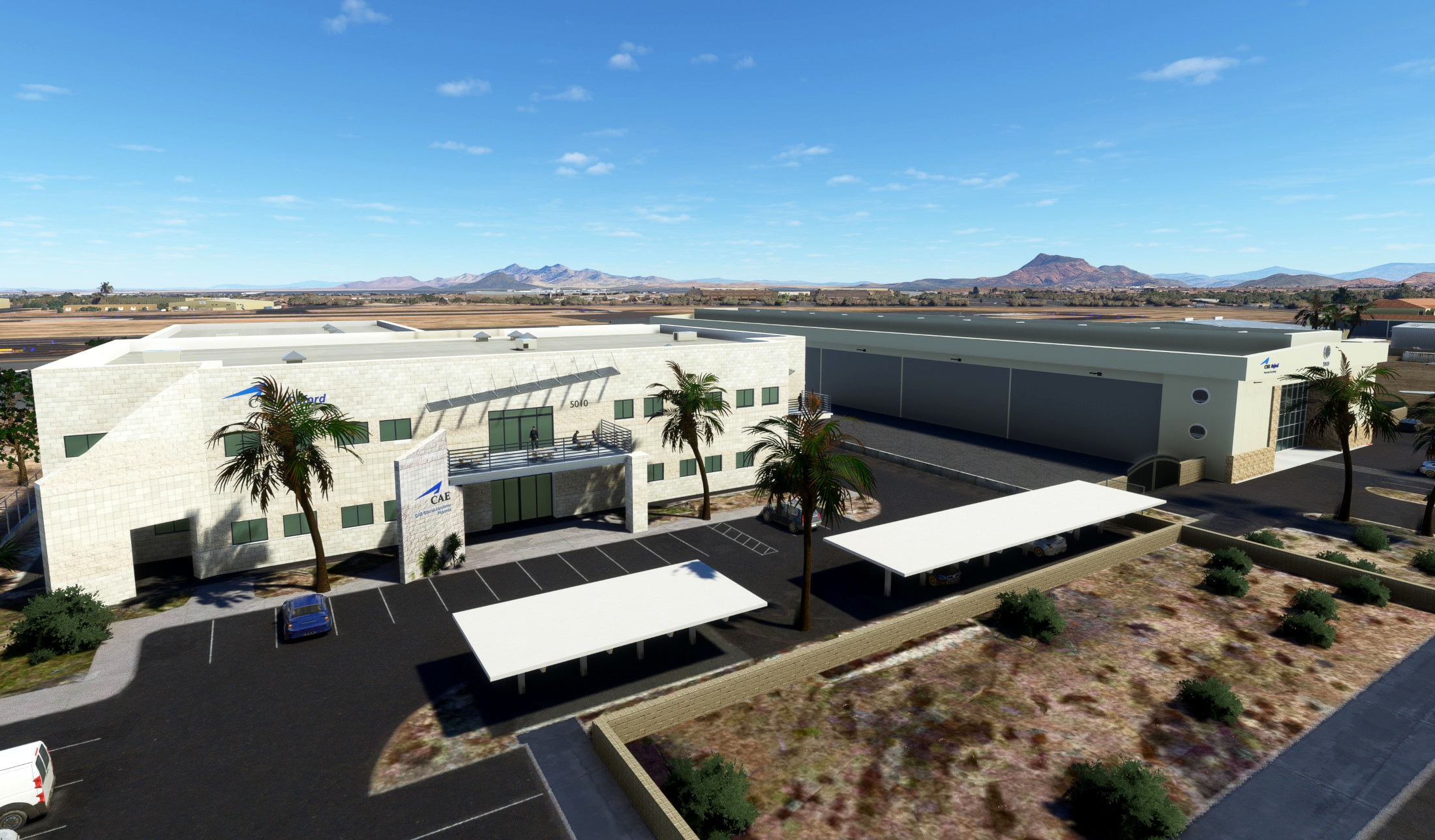 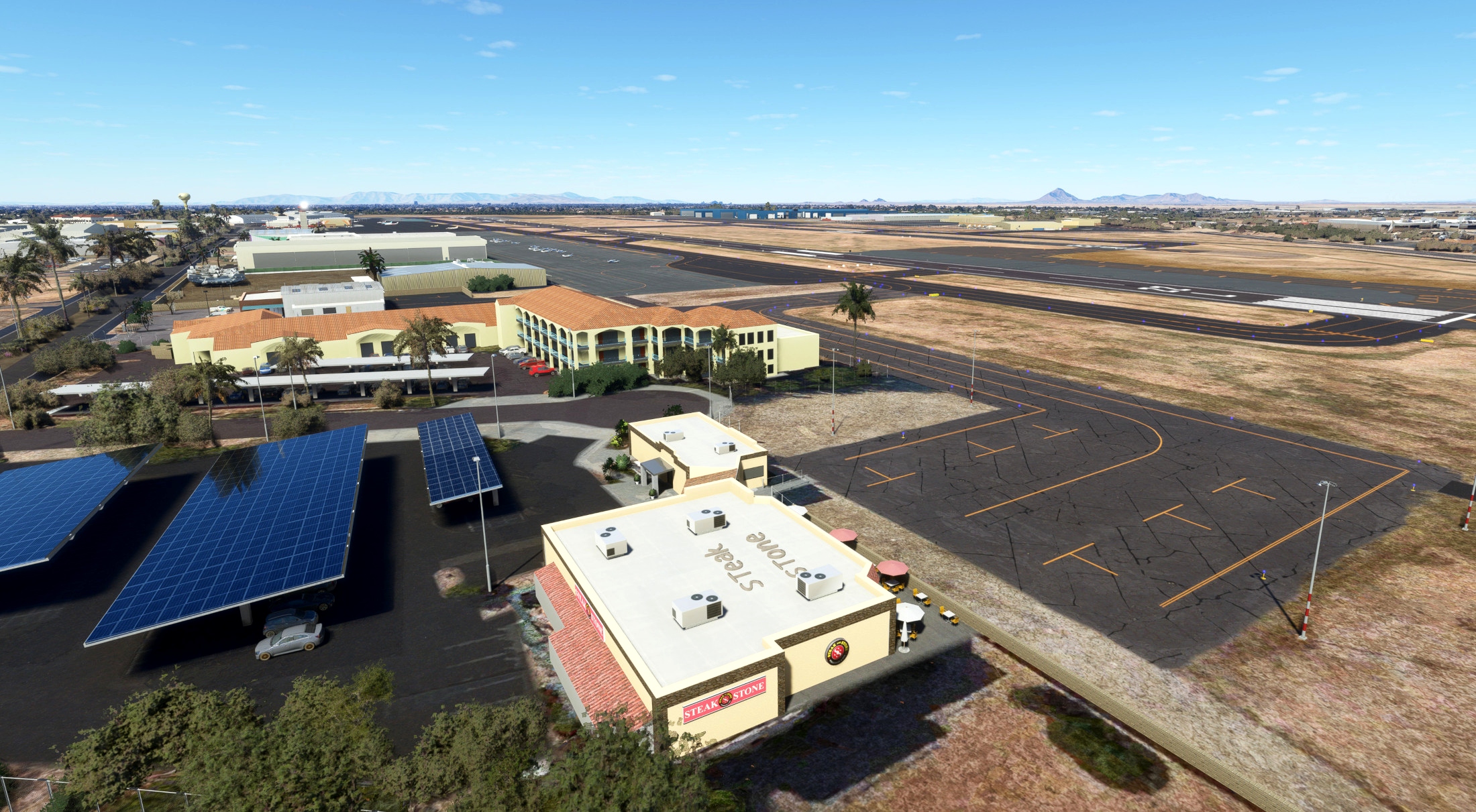 Falcon Field Airport (IATA:MSC, ICAO: KFFZ), Located in the City of Mesa, AZ about 20 miles east of Phoenix and is one of the busiest General Aviation airfields in the USA in terms of movements. Falcon Field includes a total of 784 acres, there are currently more than 800 aircraft based at the airfield. This includes fixed-wing single- and multi-engine aircraft, turboprops, jets and helicopters. It is a perfect starting location for a flight to Sedona, or the Grand Canyon, and also very close to Apache Junction where the Apache Trail leads you to the Superstition Mountains.

Falcon Field Airport got it's start in 1941 to serve as a training field for British WWII Pilots. Falcon was to be named Thunderbird Field III and would train British pilots. However, the British said they would like the field to be named after one of their birds, and thus Falcon Field opened.

Eventually it became a civil airport and is now owned and operated by the City of Mesa. Falcon Airport is home to the largest flight school in the world, CAE Oxford Aviation Academy. Falcon is also home to one of the largest Commemorative Air Force units which operates a flying B-17G, and B25J "Maid in the Shade" among others.

With Falcon Field for Microsoft Flight Simulator I have recreated the airport to a high level of detail and accuracy. With extremely detailed airport buildings, hangars, and an up-to-date ground layout. I have also added the brand-new hangar facilities to the north side of the field which in real life are currently still being constructed.

In addition, the scenery comes with further details, such as animated hangar doors at the CAE Hangar, interior modelling of the Tower, Terminal Building, along with an animated advertizing board, functional windsocks, dynamic lighting and PBR-rendered materials. More recently I have added interior modelling at the Wings Of Flight Foundation Hangar, and the Commemorative Air Force Museum along with a selection of static aircraft models.

Installation: Simply extract the file 'jeppeson2001-airport-kffz-falconfield-v1.30' into your community folder, then restart the sim.

Note: I have omitted the taxiway paths for AI traffic due to the unrealistic way that vehicles such as ramp cars, fork lift trucks enter the runway and ruin the immersion. As soon as there is a reliable solution by the MSFS SDK I will add this in future updates.

Amazing! - Can you do the Much Needed "KSDL Scottsdale" Next? --- with all its Amazing Hanger/Nighclubs and Commercial Hangers that extend off the airport site! I think it would be a killer project!

Thanks, and Yes.....Scottsdale is definitely already on my To-Do list.

Just purchased KFFZ, but not quite happy, parts of planes, and buildings sunk in the ground, how can I change this in getting it as in the video? Running 2TB c and d drive, msfs20 premium version. Can send you pics if desired. Rgds [email protected]

Thanks for downloading Falcon Field Scenery. I have sent you an email with some solutions to the issue you are having regarding scenery objects appearing below ground level. It should provide a resolution for you.

yes its ok now many thanks, great airport

This has definitely become one of my favs!! KCHD or KIWA next? Looking forward to more of your work! Well worth the $$. Thank you!

Awesome! Looking forward to it. There is a payware for KIWA, but it's not very good. They left out the tower of all things. And I thought the old tower was large...the new tower next to it is huge!!