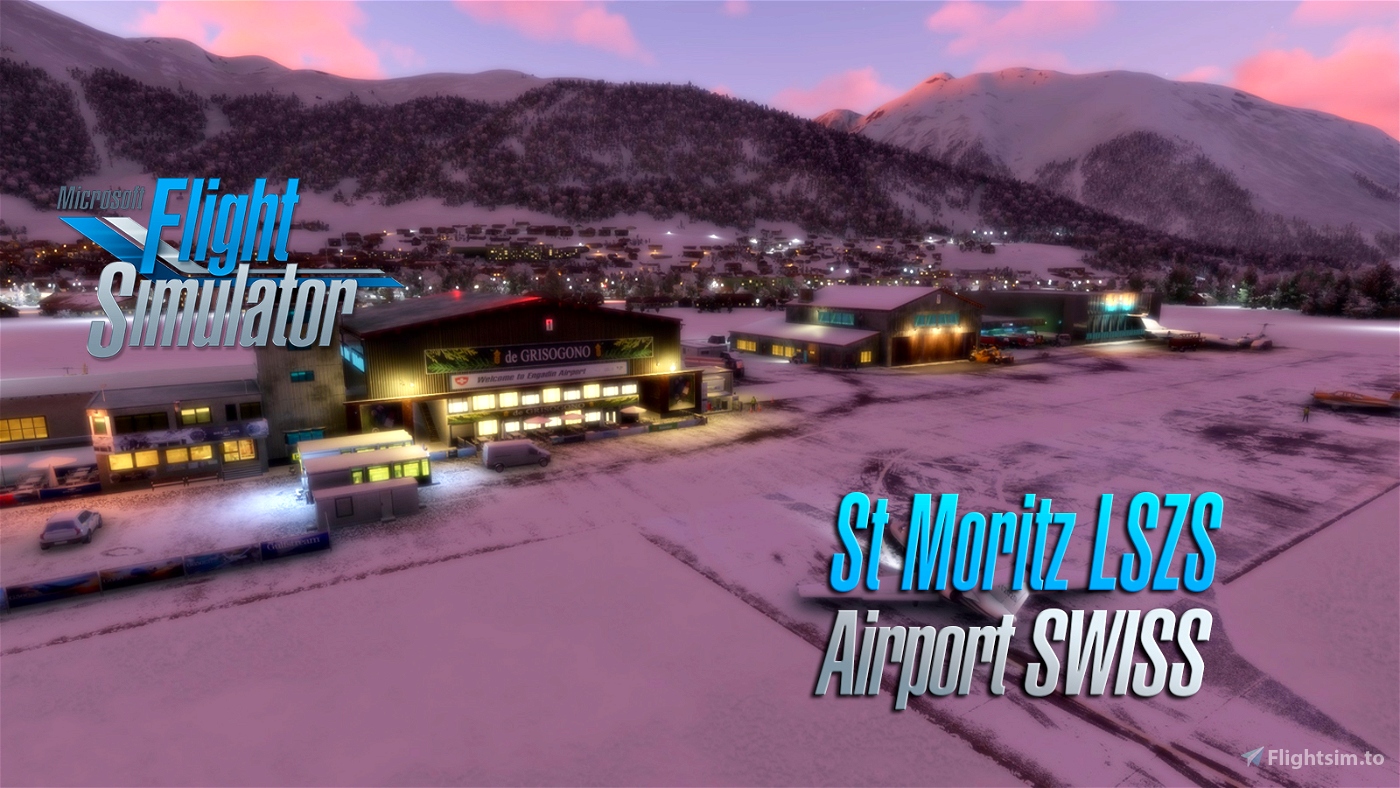 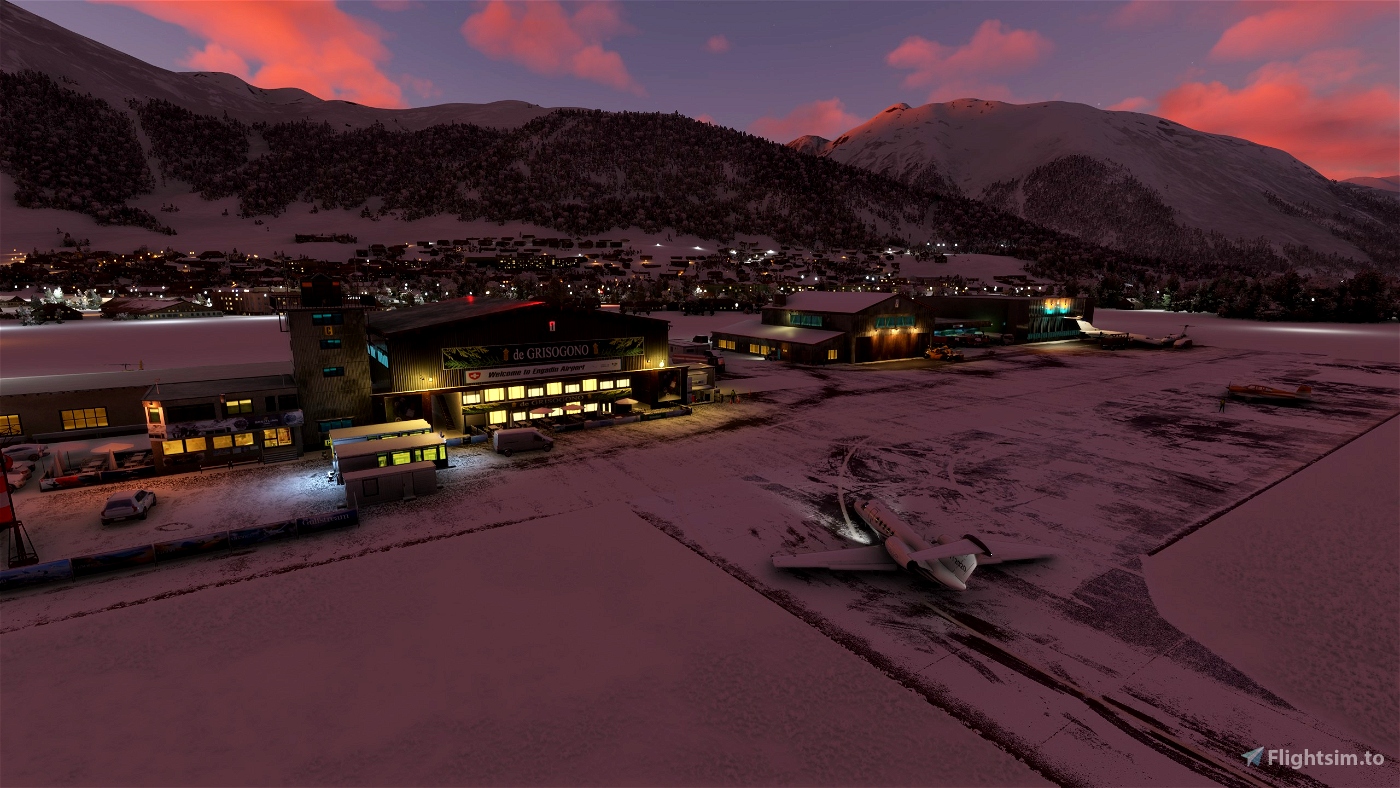 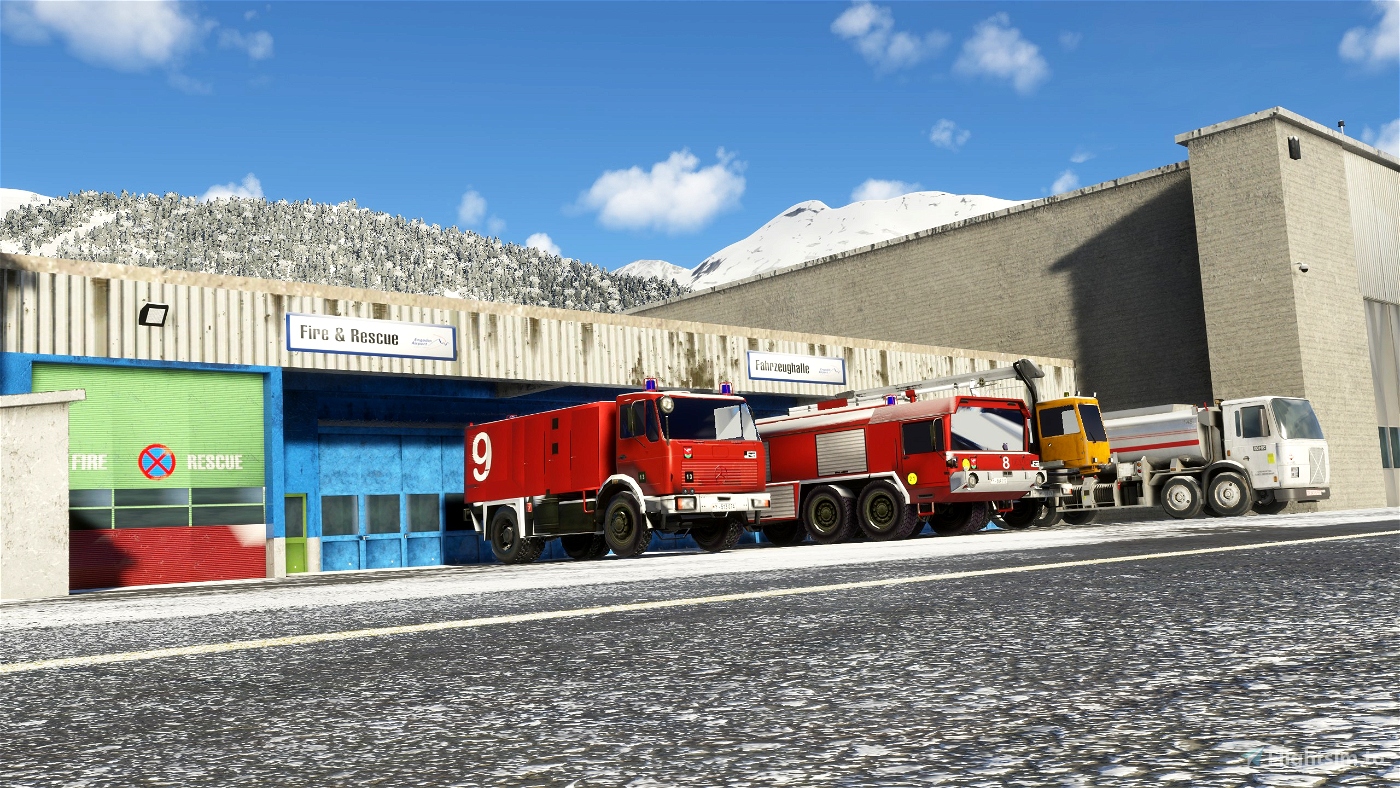 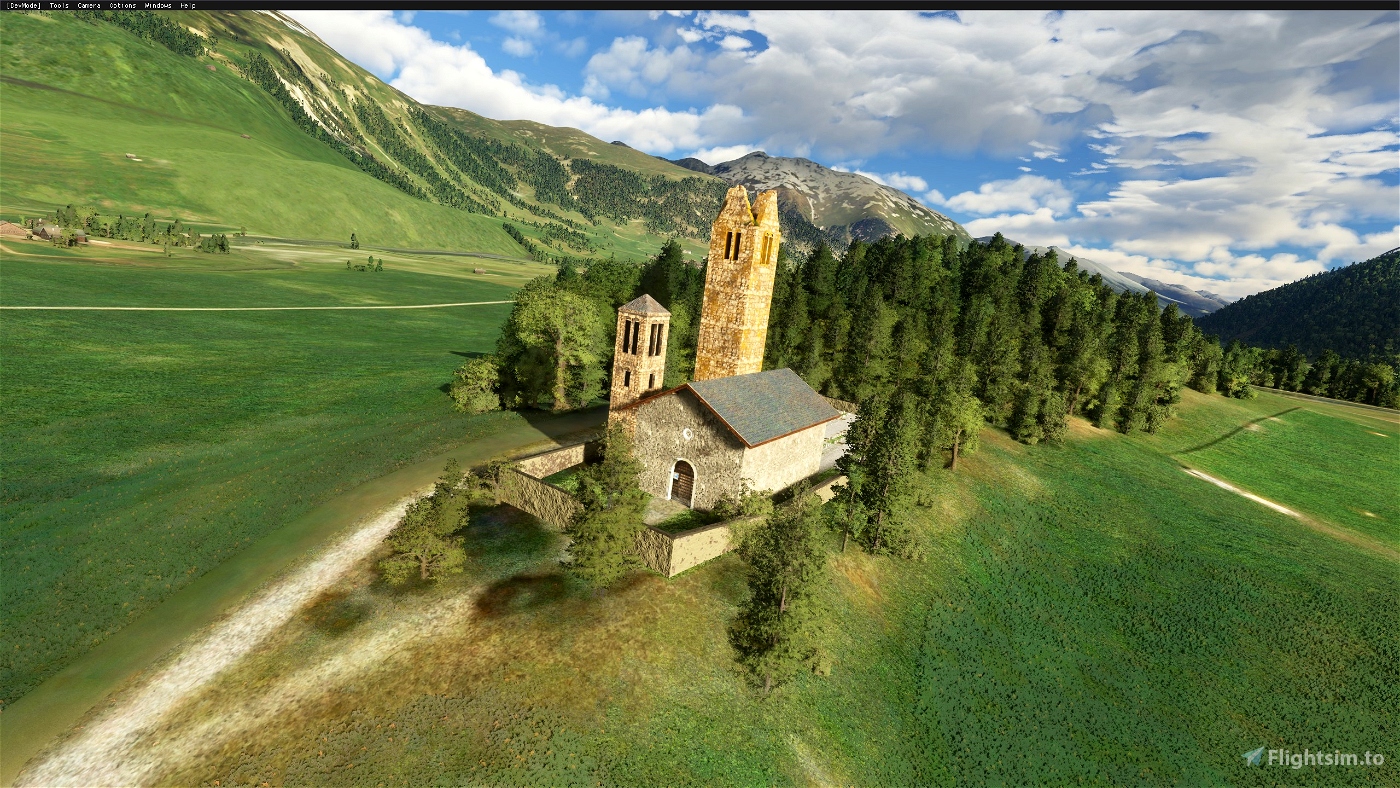 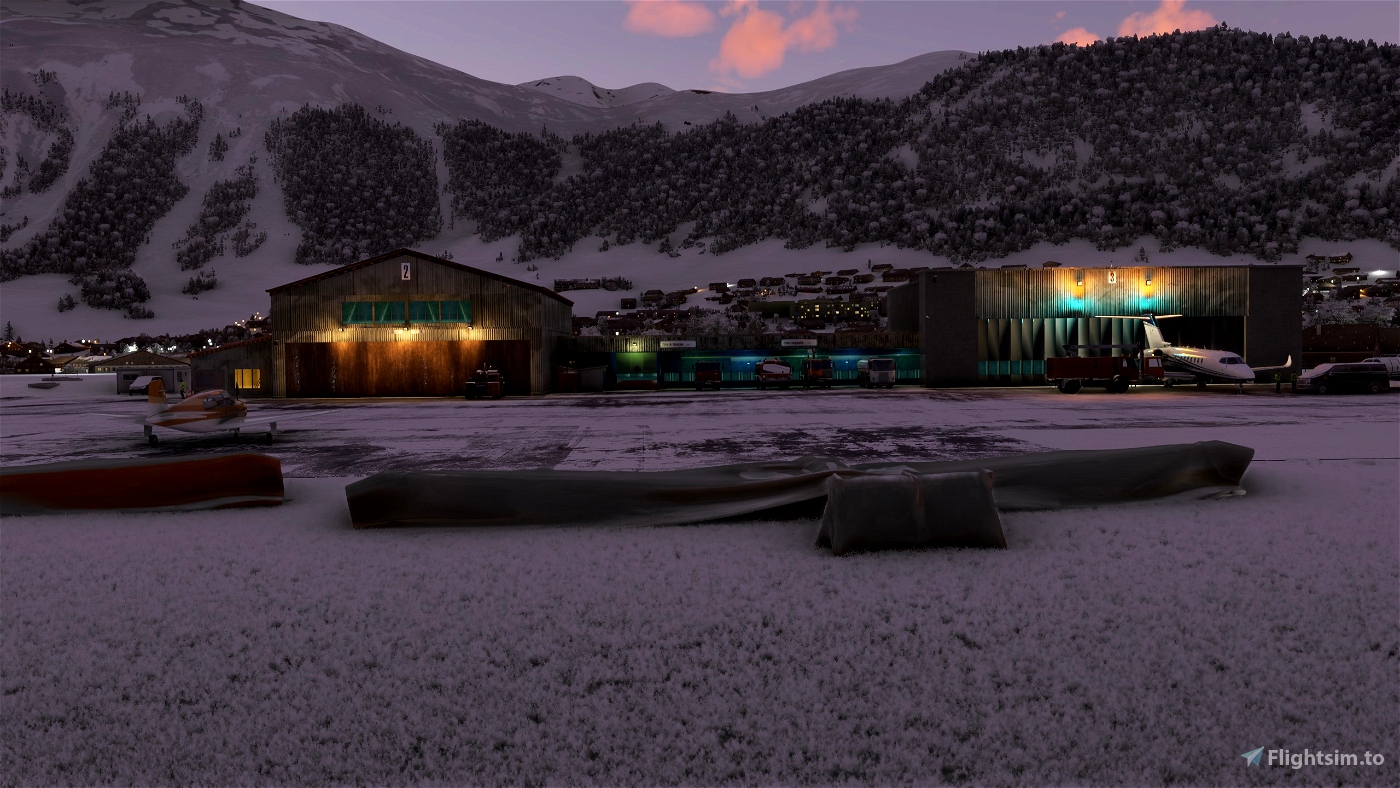 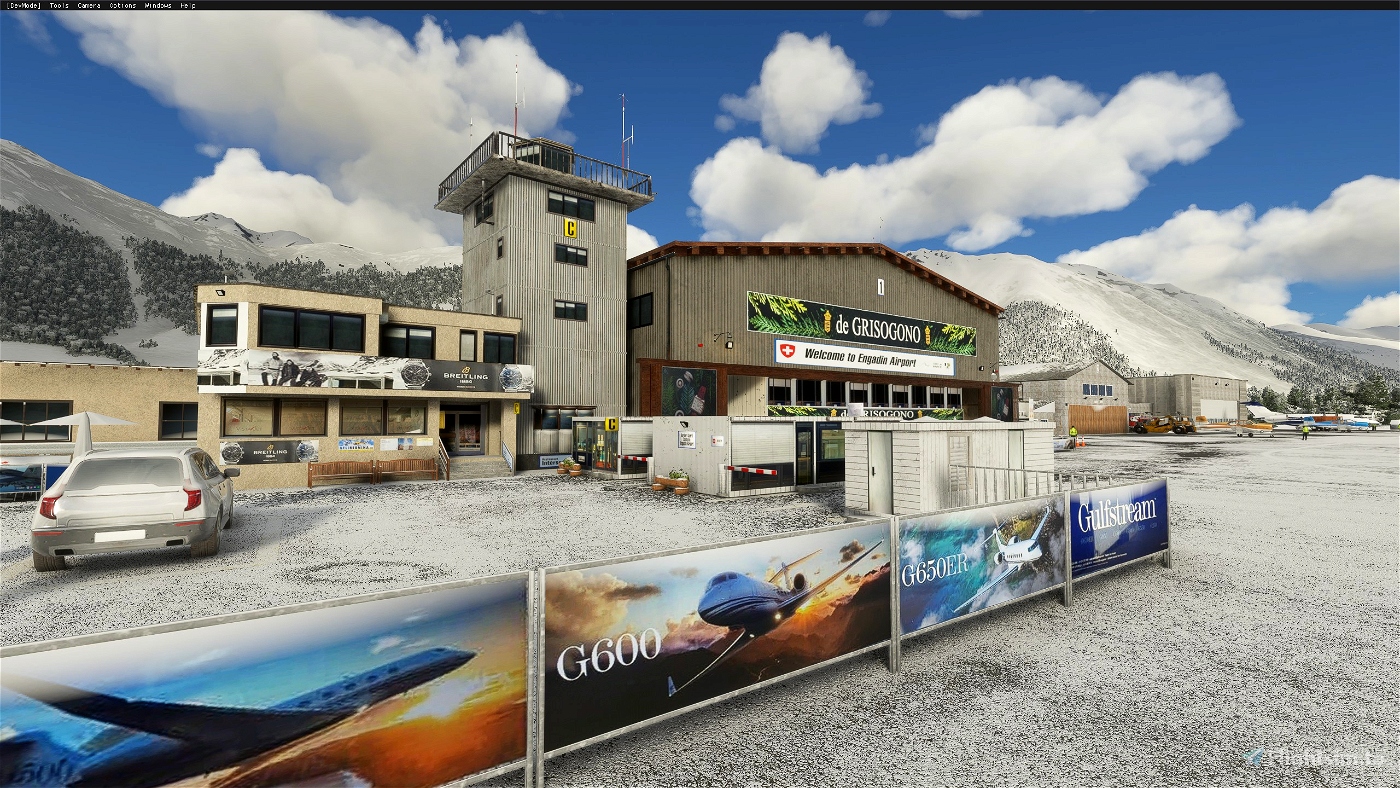 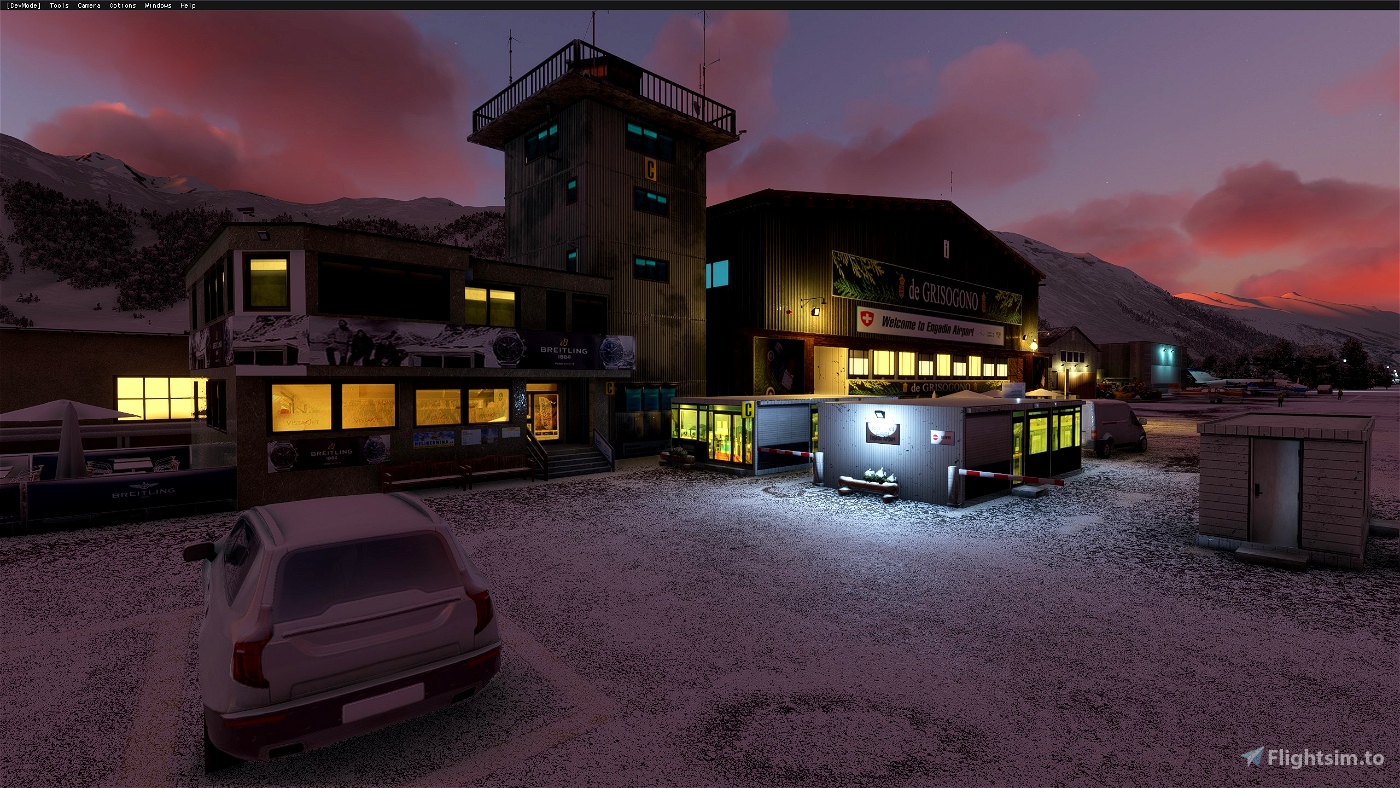 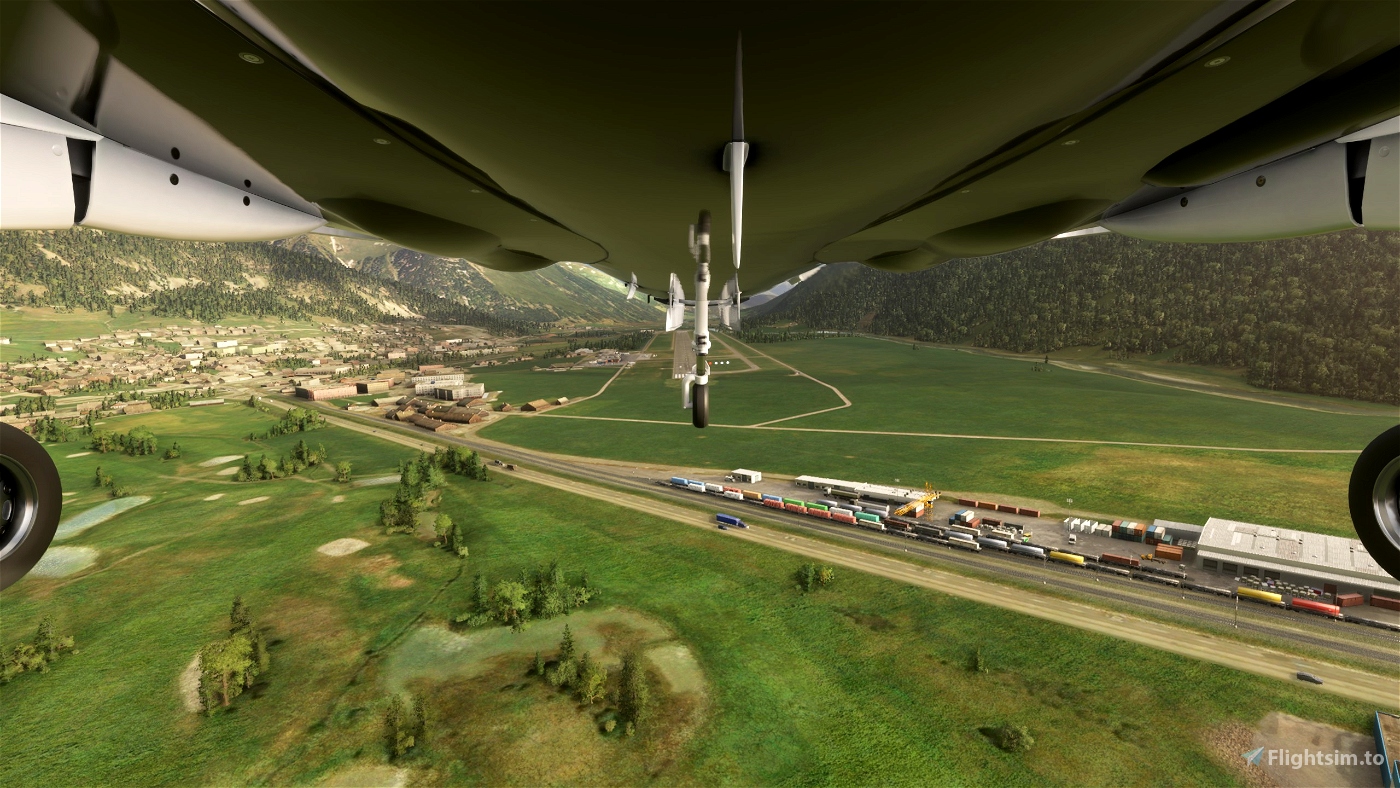 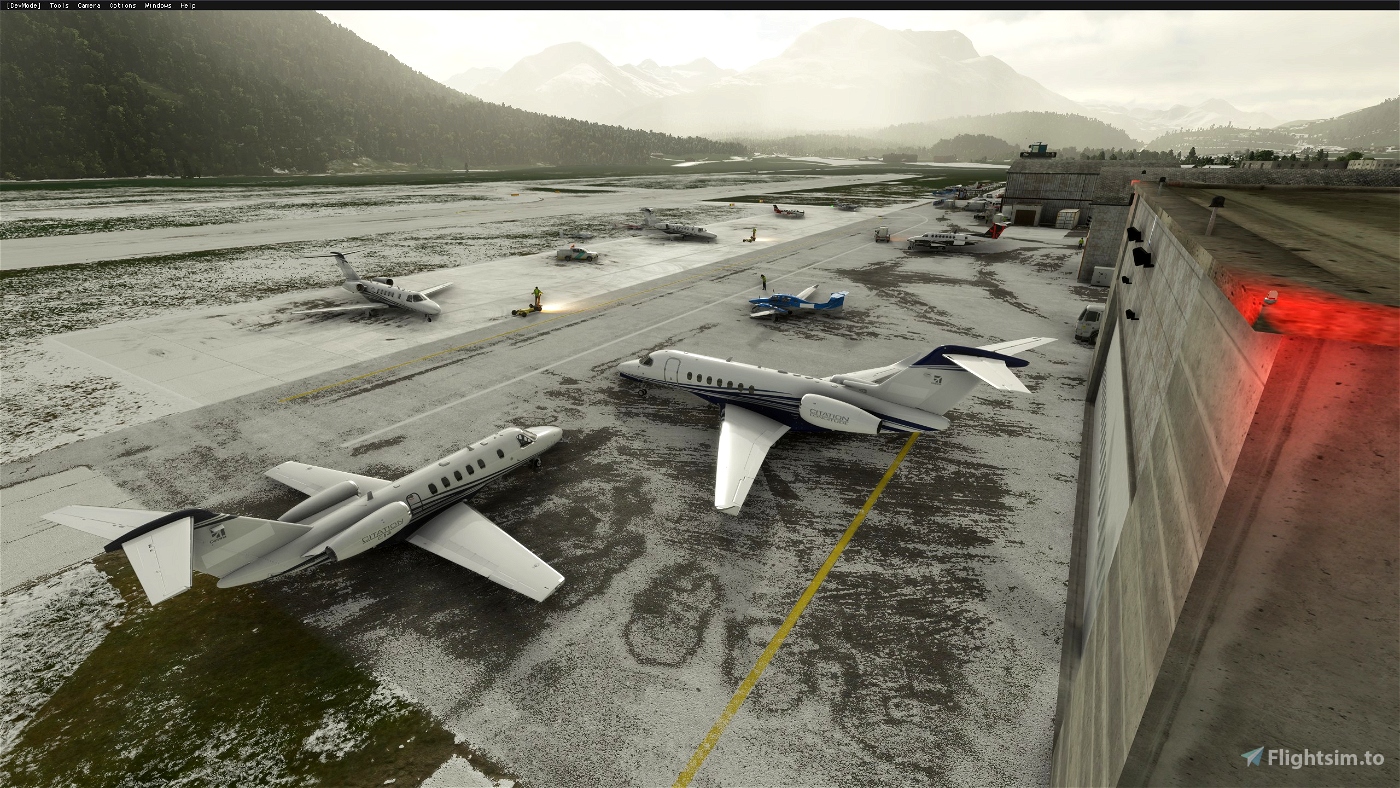 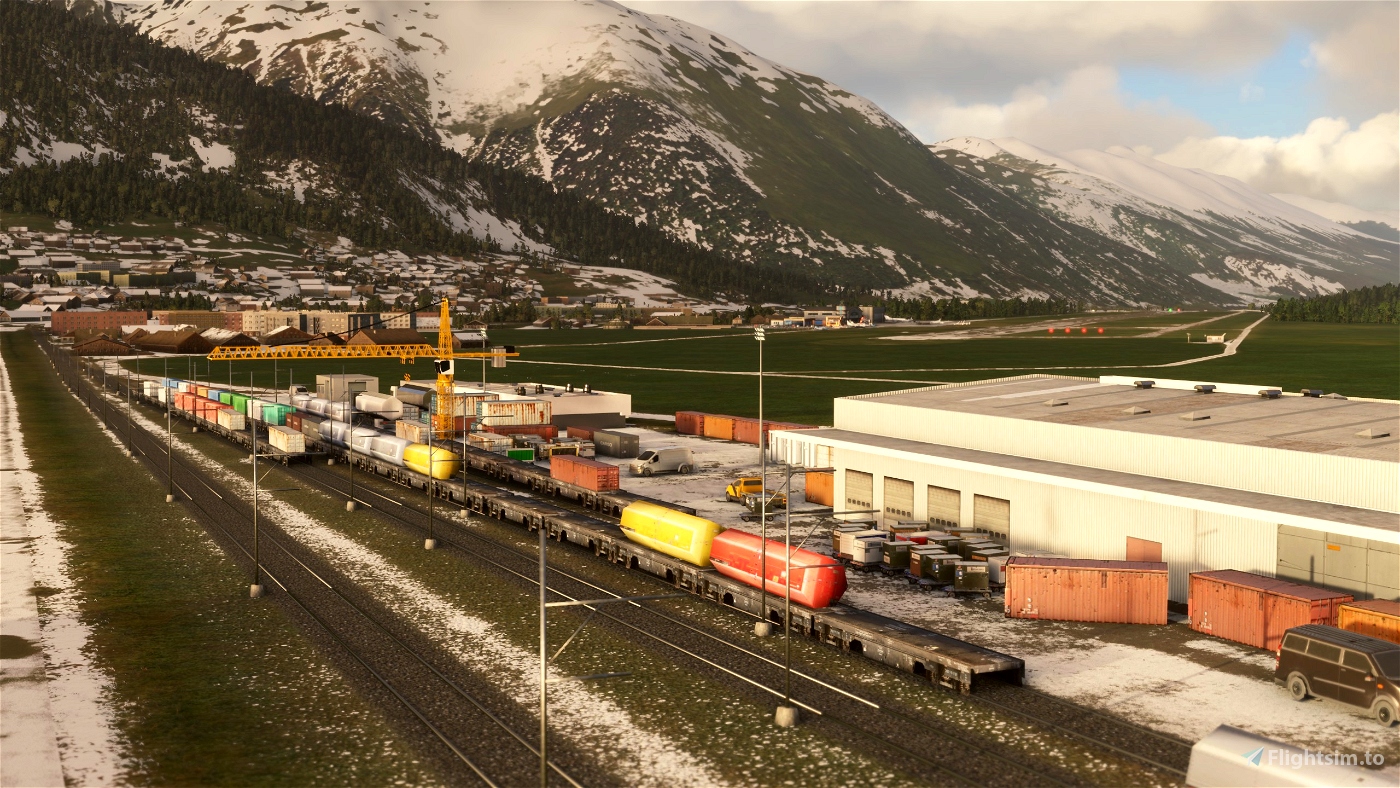 
FOR THIS SCENERY YOU NEED TO DOWNLOAD ALSO
SdR scenery pack https://flightsim.to/file/6072/sdr-scenery-pack-v1-0

Thanks so much to everyone who appreciates me and supports my passion for making these scenarios.

If you liked it, just a comment, if you want to donate something like a coffee I'm happy anyway.

THANKS: special thanks to Stratus903D without his help this scenario would not have been the same.

WHAT'S NEWS in 1.9
+model and texuring the San Gian Church, visible in short final on RW03

WHAT'S NEWS in 1.8
+re-texuring all main hangar adding more detail, and better resolution textures
+add window emissive texture
+increse the height layer in according with some DEM publisher (not sure they are compatible 100%)

WHAT'S NEWS in 1.6
+re-texuring 3 building (Helibernina area)
+working on taxiway, apron and runway shaders to obtain a more realistic effect with the snow
+remove the snow  piles around taxiways and runway due to mesh problem on this in "no snow condition"

WHAT'S NEWS in 1.5
+add snow  piles around taxiways and runway (they are made by model the terrain, so when the ice cover is gone, i'll remove)
+add Sdr Pack to scenary

WHAT'S NEWS in 1.3
+ add Helicopter on helibernina pad
+ add lights to runway and taxiwway due to request receive

WHAT'S NEWS in 1.2
+model and place 2 different type of fence instead the default. now is more close to the real
+insert the LOJI glider truck model with different number
+add antenna in the airport glider zone
+add playground wood area near the apron

WHAT'S NEWS in 1.1
+Model and add the railway station visible on RW 03 Final

KNOW BUG:
+ in the sky along the main road there are UFO LIGHT. Its a FS2020 bug, and not a Bug generated by this package.
+ in the main parking, FS2020 continue to generate and spawn cars withour logic.

Samedan Airport (IATA: SMV, ICAO: LSZS), also known as Engadin Airport, is a regional airport in Samedan in the Engadin valley of Switzerland, 5 km from St. Moritz.
At the end of World War II, Swiss authorities identified existing locations that were to be modernized as regional airports, a second tier of infrastructure to support the primary urban airports, with Samedan being one of the five.

FacilitiesThe airport has one runway designated 03/21 with an asphalt pavement measuring 1800 x 40 metres (5905 x 130 ft).[1][2][3] Because of its location at the bottom of a valley, it is not equipped with an instrument landing system.

OperationsAt an elevation of 1,707 metres (5,600 ft), it is the highest airliner airport in Europe (with Courchevel being the highest for STOL aircraft only). It is also considered one of the most challenging airports in the world because of its difficult topography and winds, and because of the thinness of the air at its altitude.

The airport does not have any scheduled passenger flights (the nearest such airports are Lugano, 185 km/115 mi and Zürich, 220 km/135 mi distance by road). Much of its traffic consists of light to heavy general aviation traffic, including many private-corporate jets, private propeller aircraft, and the fleet of Swiss Jet. One of the biggest planes seen there, more often than not, is the HK Co.'s 737-200 or the A319. The takeoff generally requires the spooling up of engines, with brakes on, to minimize the time on the runway while maximizing as much speed possible. This technique is generally performed by bigger aircraft, with heavier payload.

thank you for support. i dont find anywhere any documentations about add point for make sid or start. If you found please inform us :)
Blinn replied Author
January 20, 2021
Répondre
mmm i dont know why, but mountain airport have something more than others u dont think? ;)

my plan is to finish the textures of all the buildings in samedan, check the possibility to model the church that is present in short final and then ... find some nice airport to do :)
mabrodb replied
January 20, 2021
Répondre
I think it's something about keeping awareness of aircraft altitude/location/speed and good control in the vicinity of these mountains, it demands precision, either in the real world or the simulated one. It's a great experience! =) https://www.gstaad-airport.ch/wp-content/uploads/2020/07/200101_pilots_briefing_v10.pdf https://gstaad-airport.ch/piloten/

We take violations of our terms of service very seriously. Please provide a detailed description why you think this file should not be here.

Regarding Copyright Infringements
We may contact you by email to request further evidence. Please only file a report if you are the rightful owner of this copyrighted material or if you are acting as the rightful representative of the copyright holder.